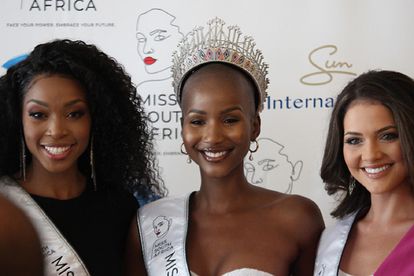 Miss Universe is heading to Israel for its 70th competition.

Will South Africa participate in the 2021 Miss Universe?

According to Atlanta Journal Constitution, the Miss Universe organisation announced Tuesday 20 July that the pageant will be held this December in the southern resort city of Eilat.

The three-hour event will broadcast live in 180 countries and territories across the globe with Steve Harvey as its host. It will end with the current Miss Universe, Mexico’s Andrea Meza, crowning her successor.

But, now local publications wonder if the Miss South Africa organisation will send a contestant to Israel. As the conflict between Israel and Palestine escalated earlier in 2021, South African civil society and foreign diplomats gathered at the Palestinian embassy in Pretoria in a show of solidarity with the Palestinian people.

That’s why the Miss South Africa organisation might be in a tight position regarding this year’s Miss Universe pageant.

“Will they send a contestant to represent South Africa? And if they do, how will South Africans take it, considering that we have a history of apartheid?” asks Thobile Mazibuko from IOL. “And Israel is known as an apartheid state due to the violence between Israel and Gaza. Again, if South Africa doesn’t participate, that might send a wrong message to the rest of the world.”

‘Call Israel what it is’ – reports

Earlier this year, on 27 April, Human Rights Watch confirmed that Israel crossed the threshold of crimes of apartheid and persecution committed against Palestinians.

It found that Israel seeks to maintain domination over Palestinians to expand its sovereignty, reports The Mail & Guardian.

“It systematically oppresses Palestinians, deprives them of their basic rights of access to food, land, services and other resources, and it commits inhumane and discriminatory acts. The three elements: domination, systematic oppression and committing inhumane acts against Palestinians amount to the crime of apartheid, Human Rights Watch said.”

Meanwhile, Paula Shugart, the president of the Miss Universe organisation, said Israel has been on the pageant’s shortlist of host countries “for a number of years due to its rich history.”

“As we sought a location for our 70th-anniversary celebration, it became clear through our conversations with acting mayor Lankri and the Israeli Ministry of Tourism that Israel, which has done a good job containing the global pandemic, has the best resources to host Miss Universe in December,” Shugart told Insider.