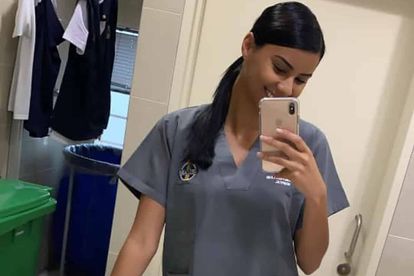 Miss South Africa and Miss Universe first runner-up Tamaryn Green began the business of going back to ‘normal’ as she nears the end of an incredible year.

For Tamaryn ‘normal’ is learning how to save lives as a doctor and she resumed her medical studies last week. Inspired by her own health battle as a Tuberculosis sufferer Tamaryn used her platform as Miss South Africa to
launch her #breakthestigma campaign which has sought to eradicate misconceptions and raise awareness around the disease.

Tamaryn finished as runner up in the Miss Universe pageant as South Africa came very close to being the first country to produce a winner in consecutive years after Demi-Leigh Nel Peters won in 2017. Miss Phillipines Catriona Gray walked away with the title after wowing judges with her lava dress and lava walk. Gray is herself a champion of children living in poverty in the slums of Tondo, Manila. Gray hopes to use her burgeoning music career to raise funds to help create a better life for these children.

The new faces of beauty pageants seem to be steeled towards very real action that helps the communities they represent.

The post read: “Had the opportunity to step back into theatre and assist with a hysterectomy today. I’ll be heading back to my studies pretty soon and this is one way of getting back into the swing of things! I haven’t been in theatre or involved with clinical medicine since the crowning as Miss SA. I have missed it!! This will be my final year of studies before I qualify as a doctor, so here’s to the final push.”

South Africa can be incredibly proud of the role model the 2018 Miss SA is, Tamaryn Green set the bar incredibly high for the future of the pageant.

In a Facebook post last week Tamaryn revealed that she had returned to her studies in earnest as she stepped into the operating theatre to assist with a hysterectomy.