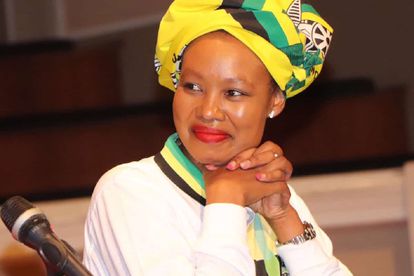 In a recent interview with the African National Congress (ANC) Minister of Communications and Digital Technologies, Stella Ndabeni Abrahams, I got a great sense of what being a woman in South Africa means to her.

Ndabeni-Abrahams is fully active in her role as a leader, and further states that Women’s Month serves as a reminder; of the role, she can play to ensure the full socio-economic liberation of women in the Republic of South Africa.

“Women’s Month signifies a momentous remembrance of the selfless acts from the women of 1956, as well as the role that every women played in the liberation struggle. It is an opportunity for me to reflect on the challenges, that women from all walks of life face today, and the leadership that they demonstrate in their respective areas.”

I further questioned if she had ever experienced being treated differently in the traditionally male-dominated field of politics. She noted that strong-willed men are reflected as ‘assertive’, whilst women who demonstrate the same leadership skills are negatively perceived. She further stated that women have to work twice as hard as their male counterparts, in aims of obtaining equal recognition.

“I have also realised that it is challenging for women to rise through the ranks; but even more painstaking is the realisation that as women, we do not lift other women as we rise. We, therefore, need to self-introspect, take a conscious decision to be like the women in 1956, and truly fight to ensure the full socio-economic emancipation of women.”

Women are interrupting the boys’ club to break barriers

Rising to leadership roles in the political realm can be like interrupting a boys’ club, and navigating in this culture will need women to break barriers at each level. Ndabeni-Abrahams is grateful that the government is stepping in the right direction in terms of having women representatives, and their readiness to change the status quo.

“It is encouraging that whilst we exist in a patriarchal society, President Cyril Ramaphosa has installed a 50% female cabinet. The governing party adopted the position that all Speakers of the Provincial Legislatures be female, notwithstanding whether the Premier is male or female. This for me is a step in the right direction and represents a genuine willingness to change the status quo. The onus is upon us as women to ensure that we fully occupy our positions.”

The minister navigates seamlessly from her leadership role, into her personal life of being a Christian, mother, daughter and wife. “I, therefore, ensure that in my weekly schedule I balance my God-given human relations, which I believe are integral in my success as a political leader. I must say though, I have a strong family support base that appreciates the intricacies of my career.”

Ndabeni-Abrahams has been a member of parliament since 2009, and states that daily it is a humbling experience to represent the aspirations of South Africans.

“A day in Parliament normally comprises of a full-schedule of engagements, which include appearing before the relevant portfolio committees, to give an account of government programmes and spending. As a member of parliament, I also participate in the National Assembly sittings and plenary debates.”

Ndabeni-Abrahams: “We are graced with a God-given nurturing character”

Stella had a free bit of advice for emerging women in politics, and urges that they stay authentic and empower themselves by seeking advice from those with experience.

“There is a negative misnomer associated with being a politician which we must dispel. I believe that as women, we are graced with a God-given nurturing character and by embracing it, we can achieve much more success as female politicians.”