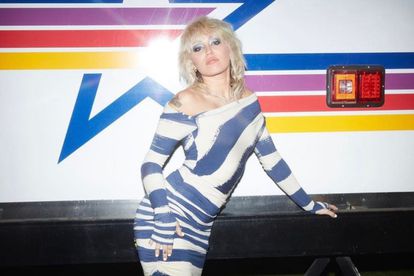 Singer Miley Cyrus has paid an emotional tribute to her late friend, Foo Fighters drummer Taylor Hawkins, who passed away at the age of 50.

Hawkins died in a hotel in Bogota, Colombia shortly before the group was set to perform at the Festival Estereo Picnic on the city’s outskirts. Colombian investigators said preliminary post-mortem tests found several drugs in the musician’s system but did not specify whether the mix caused his death.

Cyrus announced that she was dedicating her Saturday performance at Lollapalooza in Brazil to Hawkins in a tweet shared prior to the show.

“Tonight’s show is in honor of my friend Taylor Hawkins. The most bad ass dude I know who would want me to shine and sing LOUD for the love of rock n roll!,” she wrote.

YOU CAN ALSO READ: Foo Fighters’ Taylor Hawkins used opioids and other drugs before death

Miley Cyrus shared how Taylor Hawkins was the first person she rang after her plane had to make an emergency landing. It was just days ago that it was reported that Cyrus’ plane had been struck by lightning.

“We had to make an emergency landing, and the first person I called was Taylor because he was already at the festival and that would have been a time that I would have gotten to see my friend and I didn’t,” Cyrus said, according to Entertainment Tonight and Page Six. “I would have done anything to hang out with him one more time.”

“After having altitude sickness, my plane was struck by lightening & the first person I spoke to after the flight has now passed away… when I got to where I was going I had bronchitis!”