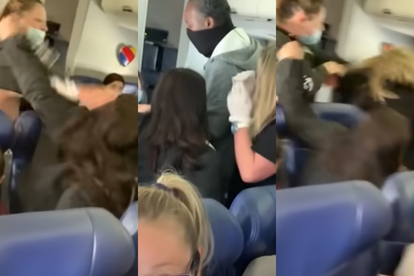 This woman is paying the price for attacking a flight attendant unprovoked. Image via YouTube: @ABC7 (Michelle Manner)

This woman is paying the price for attacking a flight attendant unprovoked. Image via YouTube: @ABC7 (Michelle Manner)

A US woman has been sentenced to 15 months in prison after she repeatedly punched a flight attendant who had asked her to fasten her seatbelt and adjust her face mask. In a clip that has been shared online, the woman can be seen attacking the flight attendant who lost teeth and needed stitches after the attack.

The woman has since been sent to prison, fined R116k, and ordered to take anger management classes. She has also been banned from flying for three years.

Vyvianna Quinonez from California in the US has been sentenced to 15 months in jail after attacking a flight attendant while onboard a flight between Sacramento and San Diego.

The attack left the flight attendant with three chipped teeth – two of which required crowns – as well as a cut underneath her eye which required stitches.

According to Briefly News, the attack came as a result of the flight attendant asking Quinonez to buckle her seat belt, secure her table and adjust her face mask.

The entire incident was caught on camera by other passengers on the plane who were left shocked by what was happening.

You can watch the clip below:

Paying the price for her anger issues

In addition to that, she has also been ordered to take anger management classes and faces a three-year flight ban.

Meanwhile, just a few months earlier, Mike Tyson was recorded repeatedly punching a passenger who refused to leave him alone.

Unlike Quinonez however, Tyson faced no charges for his actions.