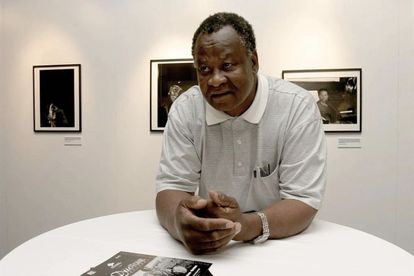 A tall man with a gentle voice, Mike Mzileni’s work covers more than five decades of political and cultural history of South Africa. He was important not only for his eye and historical contribution but also for being a generous educator to many. Image via Twitter @CreativeFeel

A tall man with a gentle voice, Mike Mzileni’s work covers more than five decades of political and cultural history of South Africa. He was important not only for his eye and historical contribution but also for being a generous educator to many. Image via Twitter @CreativeFeel

He gave me hope in a hopeless world,” says photographer Siphiwe Mhlambi, reflecting on the loss of his mentor, Ndumiso Mike Mzileni.

The veteran photojournalist, father, husband and grandfather died aged 80 after a battle with illness on 2 June.

MIKE MZILENI WAS A PAN AFRICANIST WHO FOUGHT FOR JUSTICE

A tall man with a gentle voice, Mzileni’s work covers more than five decades of political and cultural history of South Africa. He was important not only for his eye and historical contribution but also for being a generous educator to many.

Mzileni is part of journalism’s golden era: a teacher with ethics and professionalism, who sought to further push the field during a time of resistance.

“Bra Mike” was a pan-Africanist who fought for justice. He was born in Berlin, Eastern Cape, but lived most of his life in Diepkloof, Soweto.

Mzileni started his career as a photographer in 1963 for The World newspaper. He subsequently worked for publications such as Drum magazine (where he landed many iconic covers) and the Rand Daily Mail, Sunday Times, Sunday Express and Golden City Post newspapers.

He joined City Press in 1982 when the newspaper launched and remained there, working as its chief photographer, until he retired in 2000.

Following this, he continued to take photos as a freelancer, running a small framing business.

During the 1976 Soweto uprising, Mzileni was working for Drum. He was on an assignment covering the resistance to Afrikaans being taught in schools when he saw students leading the march.

This would be the setting of his iconic photograph of children marching towards the stadium with a placard reading “To hell with Afrikaans”.

Mzileni captured important moments in politics and sport throughout his career, winning the JPS Sports Photographer of the Year Award in 1985.

This was all part of his job, but his real love – jazz – was where Mzileni spent much of his time.

He released a book with ZB Molefe in 1997 called A Common Hunger To Sing, a tribute to South Africa’s Black women of song from 1950 to 1990.

All That Jazz: A Pictorial Tribute followed in 2008. Mzileni’s dedication in the book is to “the memory of legendary jazz artists, known and unknown, who gave their lives to the struggle for liberation through their talents during the harshest period in the history of South Africa”.

MIKE MZILENI WAS ‘STRICT AS HELL’ IN THE NEWSROOM’

“I swear to God, I wouldn’t have known how to shoot pictures the way I do now if Mike Mzileni wasn’t around,” says Mhlambi.

They met when Mhlambi joined City Press as a freelancer in 1990. Mzileni was essential in moulding the newsroom’s visual desk and mentoring younger journalists.

Mhlambi describes him as a disciplinarian who was “strict as hell”. Their relationship was difficult at first.

“He was on my case 24/7.” Mhlambi had to be busy at all times, either on assignment, in the darkroom or at his desk. He was not allowed to shoot with a full roll of film until he proved himself worthy.

“I was not even given colour at the time,” he says.

“As hard as he was, this man made me,” adds Mhlambi.

After an assignment, Mzileni would review his images and give him feedback. He would “never waste a moment to mentor you”, Mhlambi says.

If he didn’t like something, Mzileni would tell him how to improve.

“Bra Mike showed me how to file negatives, caption my work, roll film, print and how to report.”

SIPHIWE MHLAMBI LOOKED AT MIKE MZILENI AS A FATHER FIGURE

Mzileni had a hands-on approach to teaching, never suffered fools and lived by example.

He was firm, but also rewarded those he taught. It was only later in life that Mhlambi realised the impact of his teaching, crediting his jazz photography to this mentorship.

“He gave me the most valuable lessons … Everything from how to be a gentleman to how to approach whoever you photograph. I am the product of him,” says Mhlambi.

When Mhlambi needed to move on to other publications, Mzileni wrote him a great recommendation letter.

“But my love for Mike never ended. He was the father that I never had,” says Mhlambi, who grew up an orphan.

The pair remained friends until his death.

Despite his iconic work, much of Mzileni’s catalogue remains in obscurity. Recently, however, some of his work was celebrated at two exhibitions.

“A camera is more powerful than an AK47,” Mzileni said at the launch of the exhibition held at the Market Photo Workshop in Johannesburg in December 2021.

It was initiated by researcher Candice Jansen, who met Mzileni while working on the Black Photo Libraries anthology that brings together testimonies of South African photographers.

Jansen describes Mzileni as fundamentally a teacher who was “invested in sharing the truth, especially with younger people … With him, I found a profound kind of openness.

That first-hand experience of what South Africa has become was very much at the forefront of what he deemed was the responsibility to young people, to tell them the truth,” she says.

Following the book, Mzileni expressed interest in an exhibition. Jansen got Nkululeko Khumalo, photographer Len Khumalo’s daughter, to curate it.

The exhibition moved to the North-West University Botanical Garden in March.

Khumalo visited Mzileni’s home regularly while curating the exhibition. With foresight, Mzileni had already framed and kept his work in two outside rooms.

Their interactions, lasting hours, were full of lessons, talking about Mzileni’s work, his love for his family and for music.

He told Khumalo how he fell in love with photography after someone lent him a camera, soon making his own darkroom. And when she mentioned jazz, “his face lit up. He started taking out his books on jazz and the articles that were written on him.”

Echoing the popular sentiment on mentorship, she says:

“He was constantly educating us. You could never walk in his house without getting a lesson of some sort.”

‘ALL THAT JAZZ’ BY MIKE MZILENI

Photographer Rashid Lombard met Mzileni in 1987 through a fellow icon, Alf Khumalo, while on an assignment in Johannesburg. They had several encounters over the years that followed.

In 1997, Mzileni asked Lombard to introduce A Common Hunger To Sing at the Baxter Theatre in Cape Town, in his absence.

“A few years later, in 2006, Bra Mike called me again. He told me he had a photographic essay ready and all these pictures that he’d like to publish.

He mentioned the other names and they were all great writers, all Black Consciousness writers.”

The material was already prepared and after being edited by photographer George Hallett, All That Jazz was released in 2008.

“I was more interested in his documenting of the music scene. If you look at his work from the 1970s, it’s just amazing pictures.” Lombard attributes Mzileni’s fine eye for music to being an aspiring musician – he was part of an a cappella group called The Twilight Stars.

Mzileni loved music and for him it was never just a quick assignment or gig, he hung out with the musicians.

“The book is a fraction of his music pictures,” Lombard says.

“He is one of the few photographers that was there in 1976. No one thought that it was going to turn out like that. The newspapers weren’t sending photographers out. Those who were out there had an instinct. He has had an incredible history since that time,” he adds.

“Every two months I would get a call from him, saying thank you for taking on an unknown person and believing in my work.”

After years of bonding over publishing, archiving and heritage resources, their last conversation was about the possibility of reprinting the book.

MIKE MZILENI OPENED DOORS FOR OTHERS

Another photographer, Rafs Mayet, curated some of Mzileni’s work alongside Peter Magubane and Fanie Jason’s images at the Duotone gallery for the Cape Town International Jazz Festival in 2006.

They first met, however, at the end of the 1980s, through Peter McKenzie, who worked at Drum.

“I would occasionally pop in when in Jozi. There was a whole crew of photographers that moved around then. Bra Mike was an important part of that crew. He was always helpful and looking out for the younger generation of photographers. Bra Mike was big of build and big of heart. He had time for everyone,” says Mayet.

“A Common Hunger To Sing was very important when it came out because there weren’t too many books around about the music and musicians back then, let alone about women from that period. Together with ZB Molefe’s words, it gave one an inkling and insight into the lives that they led back then,” he adds.

Photographer Andrew Tshabangu met Mzileni much later in his career.

“He is the kind of guy that would sit quietly, but said a lot in his quietness.”

Alongside playing an important role in the history of South African photography, he says that Mzileni “not only opened doors for others, but also showed them the way”.

MIKE MZILENI – A SPIRITUAL FATHER IN THE NEWSROOM

As City Press writer Mapula Nkosi notes, he was a “spiritual father” to many in the newsroom.

For his 80th birthday on 16 January, Mzileni’s contribution to journalism was celebrated with friends and former colleagues at Niki’s Oasis Jazz Restaurant in Newtown.

This was the last time many of them saw him because thereafter his health deteriorated and he was in and out of the hospital.

“Mike genuinely loved people and he didn’t want to see them suffer. He would always extend his hand, even if he was not giving much. He would encourage you and say, ‘Don’t give up, you can do this,’” Mhlambi says.

“Mzileni is one of Black journalism’s ancestors on whose shoulders we stand tall today,” writes Nkosi.

Through his teachings and passion to represent truth via photography, Mzileni has left us with a luminous legacy that is yet to be celebrated in the way it deserves.