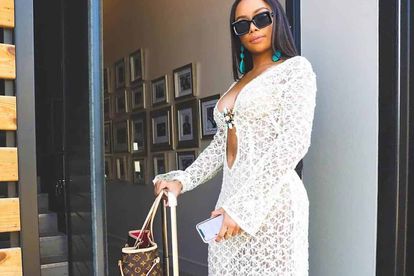 According to Times Live, business and media mogul Bonang Matheba has urged for the private sector and government to confront the challenge of unemployment in South Africa.

The mogul has travelled to many countries and has witnessed the challenges that different countries have to confront. She commends South Africa for doing many good initiatives but says the problem of unemployment should be prioritised.

Business Tech states that unemployment rates in South Africa remain unchanged at 29.1% which is about 6.7 million people. The statistics for unemployment are shattering as many are facing other issues such as poverty due to this problem.

“It is a long, winding cycle. Everyone goes to school but what happens after school? For me, if you can give people jobs it takes away the feelings of helplessness and unworthiness. The people who struggle the most are the youth. They should be busy. Fixing the issue of unemployment will help us with so many other problems,” says Matheba.

It is not uncommon for the youth in South Africa to attend tertiary education to improve their lives. Some of the people who study at a tertiary level come from disadvantaged backgrounds. Unfortunately, these individuals can remain unemployed and do not improve their standard of living.

According to an interview with the Mail & Guardian, Seema, who is the first to graduate in her family, thought that going to a tertiary institution would improve her life. Although her family does not pressure her to find a great job, she feels discouraged as she had hoped to create a better life for them.

“They took their every cent to put me through school so that I can graduate and hopefully help out at home, because at home, we are struggling,” she says.

Jenniffer Morake who is 29 agrees.

“I thought maybe after tertiary, everything was all going to be rosy.”

She studied at Media Boston house and graduated in 2011 with a diploma in Strategic Media, majoring in Advertising.

“I was looking. I was applying and I was using my qualifications to apply for different posts related to media. But nothing was available,” she says.

Bonang says she plans to do her part by creating an entertainment management company to hire and protect female creatives. She says that females in the entertainment industry are not protected. Additionally, individuals are not taught on how to survive the industry which results in young talent being wasted.

Themes such as tax, contracts and legal jargon are some of the topics that youth need to be educated about to survive the entertainment industry, says Matheba.