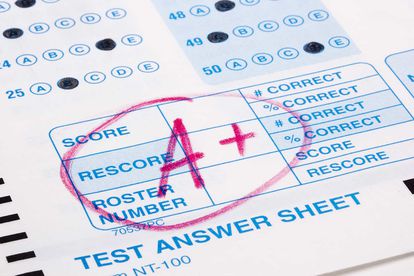 As most of us know, passing your final matric examinations and becoming an official matriculant is no easy feat – we all know that it takes extreme dedication and focus.

Some of us have our health and a good working environment to help us reach our goals, while some of us are not as fortunate.

There were some matric pupils who not only matriculated, but passed with distinctions and a list of other accolades. We’ve listed just some of the matriculants who made their mark against all odds.

The Independent Examinations Board (IEB) results were released at midnight on Tuesday 7 January 2020 and pupils have since made their way to their respective schools to collect their results.

A pupil from Saheti High School on the East Rand in Gauteng stands out as an example of perseverance, having clinched eight distinctions while receiving chemotherapy.

According to EWN, Antonio Aristides was diagnosed with stage 4 Hodgkin’s lymphoma in July 2019, but went on to achieve top marks.

Hodgkin’s lymphoma is a type of lymphoma in which cancer originates from a specific type of white blood cells, called lymphocytes. Symptoms may include fever, night sweats, and weight loss. Often there will be non-painful enlarged lymph nodes in the neck, under the arm, or in the groin.

Aristides said doctors at one point told him he wouldn’t finish matric in 2019. He was diagnosed after writing three of his preliminary examinations.

“Ironically it was less stressful after I was diagnosed, I used to stress about small things in life,” he said.

According to TimesLive, the 24-year-old matriculant from Mzimela Senior Secondary School in KwaZulu-Natal, attended the Basic Education Department’s top-achieving breakfast in Midrand on Tuesday 7 January.

Mbatha was one of 33 pupils who were invited to the event by Basic Education Minister Angie Motshekga.

His father, Sipho Mbatha, said they were “over the moon” when they received the invitation from the department.

“Even my child [Mandle] did not know what to say. He thought he was dreaming and had to pinch himself,” he said.

He said Mandle was diagnosed with cerebral palsy at a young age and the family faced tough challenges raising a child with a neurological condition.

“We used to take him for physiotherapy, but it couldn’t come right. He is fighting for his life,” he said.

Cerebral palsy is a group of disorders that affect movement and muscle tone or posture. It’s caused by damage that occurs to the brain as it develops, most often before birth. Signs and symptoms appear during infancy or preschool years.

The main symptom is dysphagia, which is the medical term for swallowing difficulties.

Mbatha recalled a time when his son told him he would not give up until he had accomplished his dreams.

It was hard work and dedication that saw Tiyani Mbendzani become a matriculant despite the challenges he faced.

According to SowetanLive, Mbendzani, 19, completed Grade 12 at Rivoni School for the Blind, in Limpopo, and was also one of the 33 top matric achievers invited to the breakfast with Motshekga on Tuesday.

Mbendzani lost his eyesight when he was in Grade 5.

“I was firstly affected by the cataract and I would sit in front of the chalkboard. Other kids used to call me names, but I was not bothered because I knew I had better plans for my future. As time passed, I completely lost my eyesight and had to drop out of the normal school to enrol at a school for the blind,” Mbendzani said.

A cataract is a clouding of the lens in the eye which leads to a decrease in vision. Cataracts often develop slowly and can affect one or both eyes. Symptoms may include faded colours, blurry or double vision, halos around light, trouble with bright lights, and trouble seeing at night.

“My family was very supportive and I had no time to feel sorry for myself,” he said.

Mbendzani said he was over the moon to be invited to the minister’s breakfast.

“I was in an all-night prayer when my brother excitedly came to me with my phone. He told me that I was invited by Basic Education Minister Angie Motshekga for her meet-and-greet breakfast. I was extremely happy and I thanked God for his unconditional love,” he said.

He plans to study for an LLB degree at the University of Johannesburg.