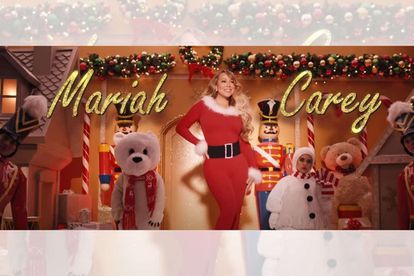 After more than a quarter century after its release, Mariah Carey’s All I Want For Christmas Is You is the number 1 single in the United Kingdom.

According to Billboard, the popular singer’s classic Christmas tune (which was released on her fourth studio album and first holiday album, Merry Christmas in 1994) climbs from its peak position of number 2 to the top spot on the Official UK Singles Chart, completing a record 26-year journey. It is said that the modern classic was originally held off the top spot by East 17’s Stay Another Day.

“All I Want For Christmas Is You reaches the summit in its 104th week. According to the Official Charts Company, no other song in history has spent as many weeks in the UK. op 40 before eventually reaching number 1.”

Mariah leads a festive UK chart which features 23 holiday-themed songs in the Top 40, including six in the Top 10. She is joined by The Pogues featuring Kirsty Maccoll’s Fairytale Of New York, Shakin’ Stevens’ Merry Christmas Everyone, Michael Bublé’s It’s Beginning To Look A Lot Like Christmas, Band Aid’s Do They Know It’s Christmas, and Elton John’s Step Into Christmas.

Jumping up and down

Mariah later took to Twitter to express her joy over the news that All I Want For Christmas Is You took the number one spot.

The ‘most annoying holiday song’

The new comes as a surprise to some as Mariah’s All I Want for Christmas is You was voted ‘the most annoying holiday song ever’ in 2019.

The mobile phone company Huawei conducted the survey which also revealed that the Band-Aid charity song Do They Know It’s Christmas? was voted ‘the second most annoying song’ in the UK.

The full survey results for Britain’s most annoying Christmas song

eThekwini Municipality: Seven areas will not have power on Sunday