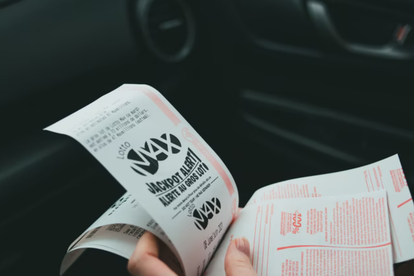 A US man has won R16 million from the lotto. Image via Unsplash

A US man has won R16 million from the lotto. Image via Unsplash

A US man has been left in disbelief after he won R16 million from “Scratch and Win” Lotto tickets. According to reports, Alexander McLeish was recovering from cardiac surgery when he got gifted three tickets. Little did he know that those tickets were about to change his life forever.

A Massachusetts man has been left shocked after discovering that he won R16 million ($1 million) from an instant lottery ticket. Alexander McLeish just came out of the theatre following cardiac surgery when his friend Jerry gifted him three get-well-soon Lotto tickets.

Little did he know that one of the cards had the winning crossword on it.

ALSO READ: R86 million Lotto winner: “Without God this would not have been possible.”

“We double-checked it, triple-checked and quadruple-checked it because you want to make sure it’s real before you mention it to anybody,” McLeish told the Boston Herald.

“It was a little bit of disbelief at first but then it settled in and it was like, ‘Wow, I can’t believe this happened.’

The New York Post reveals that this isn’t the first time Jerry gifted McLeish a winning Lotto ticket. Only a few years earlier, McLeish had won $1000 from a different Lotto ticket.

What will he do with the money?

The Coca-Cola employee also shared that he plans on taking a vacation in the Caribbean. He also says that he will give some of his winnings to his friend Larry and some to his sons.

He also shared how his wife first thought that he was joking after he told her ‘he had won a million bucks.’

“A million bucks,” McLeish recalled with a chuckle.