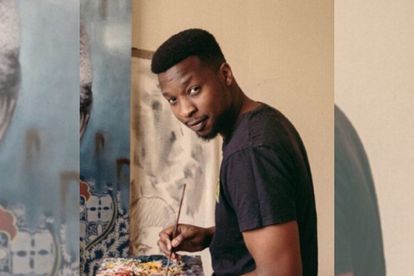 Visual artist and storyteller Loyiso Mkize, 34, has been a trailblazer since the birth of South Africa’s first superhero comic book series Kwezi but now the creative has taken it a step further and, in his own words; “unlocked an achievement” with DC Comics.

Mkize, who was born in eGcuwa, Eastern Cape and who now resides in Cape Town, recently took to Instagram to share the exciting news with his followers. He said he had the pleasure of pencilling an episode for Batman: Urban Legends #4, whereby he zeroed in on characters Luke Fox and The Riddler.

Written by Camrus Johnson, Urban Legends #4 is described as the “Penultimate chapter of the Grifter story” that is set to feature Batman, Red Hood, Lucius Fox, HALO, as well as, the return of Tim Drake.

“Tim Drake has returned to the streets of Gotham City and is seeking a new purpose, but what he finds is a string of young adult kidnappings committed by someone known only as ‘The Chaos Monster’…will Tim be able to get to the root of the kidnappings or will he fall prey to them?”

The comic will be on sale on Tuesday 8 June in the United States. Should you want to pre-order a copy, you can head over to your local comic book store. It’s also safe to say that the news has brought about a feeling of immense pride amongst South Africans and creatives across the continent.

One of Loyiso Mkize’s followers responded to his post saying; “In tears! Thank you for inspiring us”.

Another follower said: “Love to see it! Proud and inspired,” to which he responded; “full circle things”.

KWEZI WRAPPED UP AFTER 15 EPISODES….TIME TO ‘CONQUER THE WORLD’

Loyiso Mkize has been on a superhero journey with Kwezi for a total of seven years and, just three weeks ago, announced that it had come to an end after 15 complete episodes.

“That’s a wrap!!! Finally celebrating 15 whole episodes of Mzanzi’s superhero series @kwezi_flyboy!! It’s been seven years of capturing our youths imagination and inspiring a heroic age in Mzanzi storytelling. S/o to the young fans who’ve made this project the most rewarding labour of love! And with the animated series on the horizon, now, we conquer the world!!!” he said.

The latest collectors edition #13 to #15 will be on shelves in May at leading bookstores nationwide. For more information on Loyiso Mkize and his growing empire, visit LMArt.