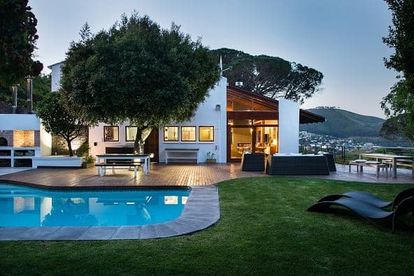 The recent sale of a four-bedroomed, three-bathroomed Higgovale home for R21 million, combined with the sale of the adjoining vacant land for R5 million, by Greeff Christie’s International Real Estate, is notable in that it resulted in the highest combined selling price for the area in 2016.

Both the home and the land were owned by the same person.

“The home is literally built on Table Mountain granite rock and is set in a leafy, perennially green, mini-mountain forest, with its own natural stream ending in a waterfall,” he adds.  “While the buyers were local, they spotted the property being advertised in the New York Times by Christie’s International Real Estate,” says Stassen.

Greeff Properties is the exclusive Cape Affiliate of Christie’s International Real Estate and as such enjoys links with a 36000 strong global network of property professionals in 46 countries.

Stassen says the profile of buyers in the City Bowl is shifting towards high-earning young professionals drawn to luxury properties in the prime area because they understand the value of their investment and enjoy the lifestyle offered by the City Bowl, which is viewed by many as the pulse point of Cape Town, with its buzzy restaurants, clubs and unique position below iconic Table Mountain – easy access to the spectacular Atlantic Seaboard beaches adds to the appeal.

“More and more buyers want to live closer to the city centre, in order to avoid hours spent in traffic – they also want to feel connected to the hub of city life which includes the V& A Waterfront,” says Greeff, adding that the outlook for the free-standing property market in the City Bowl for 2017 is positive.

“Demand will continue to grow, while limited supply, due to the lack of land available for development, means that house prices will inevitably continue to rise year upon year,” explains Greeff. “In addition to this, home owners are holding on to their houses for longer periods and choosing to add value rather than relocate.”

Price wise, Greeff says that the demand for middle range houses in the City Bowl, priced in the R6 – R10 million category will continue to be strong, and as indicated previously, is expected to be in excess of supply. “This means free-standing City Bowl homes in this price category will be snapped up,” adds Greeff.

He stresses that correct pricing is, however, still paramount.

“While selling prices will continue to rise, sellers need to remain aware that a slower economy will still govern the amount a willing and qualified buyer is prepared to pay. Sellers should rely on the expertise of experienced, well-informed agents who are true area specialists in order to assess the correct asking price at which to list a property,” advises Greeff.  “Over priced properties will not attract offers and are often the result of an inexperienced agent creating an unrealistic expectation purely to get a mandate.”

At the top end of the market, selling prices for properties in the City Bowl are in many instances on par with those on the Atlantic Seaboard.  “There has been an exponential jump in value over the past two years in this sector with the average selling price for free-hold properties in Higgovale jumping from R8.9 million in 2014 to around R15 million in 2016, according to Lightstone.