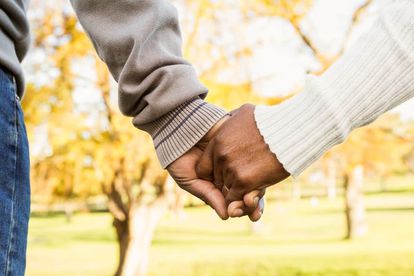 A township-based couple works on Xitsonga films and created their own media productions to bring relevant content to the people of their clan and tribes in Limpopo. They also produced Miss Limpopo 2016.

Who is the power couple?

For about nine years, Samson Ntsan’wisi worked behind the scenes with a number of television production companies like Rapid Blue and Orchre Media. Currently, after leaving his employers, he is working hard, with his wife Isabel, to make a breakthrough into the industry by themselves.

Through his own media production company called Samsrec, Ntsanwisi from Nkowankowa township in Tzaneen, is targeting film festivals for his Xitsonga creations titled “Kulani” and “I mani.”

“During lockdown, we made a short film for YouTube called “Hi luya,” said Ntsan’wisi, the founder of Samsrec Media Productions in Limpopo.

Ntsan’wisi is not new to this entertainment hustling lifestyle. His organisation organised Miss Nkowankowa township for more than eight years with winners going on to win big titles and model for big institutions.

Ntsanwisi said he finds it easy to work with his wife Isabel. She’s his source of inspiration.

Samsrec is an events management and media company, although now it is also into textiles and produces masks, overalls and PPE equipment.

But the couple’s primary focus has been on producing Xitsonga content — films and television programmes.

“We also wanted to bring quality videos to our province of Limpopo so people can have quality products.”

Ntsan’wisi was also the manager at Bjatladi Youth Development and also manages an NPO, Vanthswa va Xivono, in his spare time.

“I worked for television companies behind the scenes for about nine years,” he said.

He said Vantshwa va Xivoni has been helping disadvantaged youth improve their lives and areas in which they reside across Limpopo for free, through fundraising initiatives, since 2009.

Its wing, Xonga Designs, is the new textiles wing of the company which helps people look great during these trying times.

“The textiles part was by chance and because of a vision from God. I saw a gap in the market and pursued it,” he said.