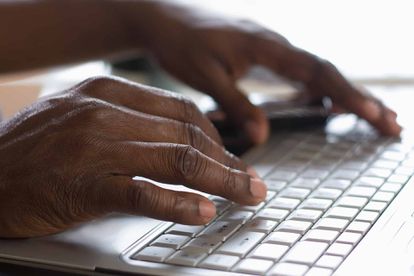 Cllr Selata Nkwane wa’Nkwane is a COPE politician, and chairs a portfolio committee in the City of Tswane. He’s also an independent debts lawyer. As if that isn’t enough, he is now an author who has published a book to assist South Africans successfully reach their life’s destination.

A positive minded politician who wears many hats, ventured into writing and recently published his first inspirational book titled Basic Keys To Achieve Success and Greatness.

Who is this author?

The Limpopo-born Selata Nkwane wa’ Nkwane, is currently serving as a councillor in the Tshwane Metropolitan Council in Gauteng, chairing a portfolio committee on the city’s development.

He is an executive member of a political party, the Congress of the People (COPE), which is part of the coalition government in the City of Tshwane.

“I published the book to inspire and motivate people to always be true in a way that will make them succeed in whatever they do in life. From business to marriage and anywhere in life,” said Nkwane wa’ Nkwane.who is currently based in Soshanguve township outside Pretoria.

The author said for about two years he worked on the book but had the script kept in his library for a longer period while he was looking for publishers.

Nkwane wa’Nkwane, who is in his 50s, said during this time we are living in people need motivational talks and books more than depressing news. These are some of the reasons he decided to write the book, to assist in uplifting their spirits and to help them keep going.

“Domestic violence, gender based violence, political unrest, unemployment, corruption, lockdown, the pandemic. In the midst of all these, we seriously need a positive read and inspirational messages to assist us reach our life’s destinations. It is just too much,” said the politician.

This University of South Africa’s LLB student, Nkwane wa’Nkwane, said since he was a little boy, he always planned to be a leader, teacher and a helper in politics, in business and in the legal fraternity.

“I am a mover and a shaker who will always be there for my community. I love change and I would like to see the world be a better place to all of mankind,” he said.

From there he went to Turfloop now known as University of Limpopo but allegedly left without collecting his degree due to political unrest at the campus.

“I later went to Technikon Northern Transvaal which is now Tshwane University of Technology where I did my Diploma in Electrical Engineering and Light Current. This landed me job as a technician and project manager at Telkom,” explained Nkwane wa’Nkwane.

He said, later, he registered with UNISA for an LLB Degree. He is still with the university and still has to serve articles.

“My progress to serve articles is hampered by my busy schedule as a political councillor,” he said.

In his lifetime, he has already worked as a school teacher, a technician, legal adviser, debt councillor and a politician — and now an author.

Nkwane said when writing his book, he was forced to put aside his responsibilities as a debt councillor and to use his spare time between his busy schedule in the City of Tshwane to be able to complete his book.