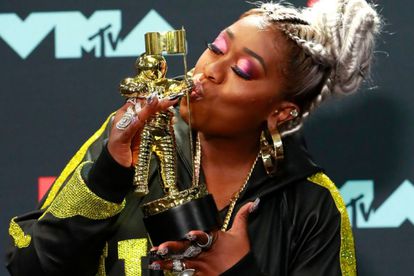 Missy Elliot is one of the rappers in the music industry who certainly made their mark in the early 2000s. With hits like Work It and Get Ur Freak On, she’s one of those hip-hop acts who solidified her place in the industry.

When she’s not in the studio rapping over a killer beat, she’s on Twitter giving out great life advice.

MISSY ELLIOT’S ADVICE ON GIVING UP

If you’re ever feeling down and out and need a few words of encouragement, Missy Elliot might know just what to say.

In one of the Grammy award-winning rapper’s tweets, she shared encouraging words about not giving up. She says you should never give up on your ideas or vision because something might be taking too long.

“Don’t give up on your IDEAS or your VISION just KEEP WORKING & when the TIME IS RIGHT everything will ALIGN up for you & you will be HAPPY you didn’t Give up,” she wrote.

MISSY ELLIOT WANTS EVERYONE TO SUCCEED!

Some of the superstar rapper’s fans responded to her tweet sharing some of the things they’ve been dealing with in their lives.

One tweep wrote, “Thank you for this inspiration Missy. I’m producing my own album and let me tell ya, IT AINT EASY”.

Missy responded with some more words of encouragement saying the tweep was built for producing their own album and encouraged them not to stop.

Missy gave Doja Cat some advice on how to navigate the music career and Doja Cat took time to gush over some of Missy’s biggest hits.

One stand-out piece from their conversation was Missy explaining that while creating her debut album, she chose not to listen to the radio or watch other music videos and it helped her creativity immensely.

When she thinks about doing something “out of the ordinary” she thinks twice about what her fans would think.

Giving Doja Cat advice on the topic she said, “Here’s some advice. Whatever you’re doing, if you feel like you’re in this place, and it seems to be working, stay there. Don’t allow other things to make you second-guess yourself, as long as it feels good to you.”