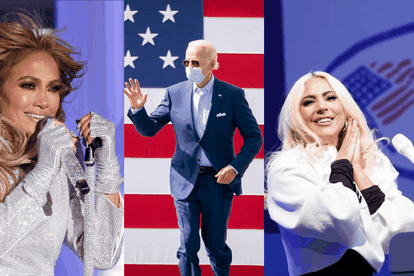 Other participants at the Jan. 20 swearing-in ceremony will include Father Leo J. O’Donovan, a Biden family friend, who will deliver the invocation; Andrea Hall, president of the International Association of Firefighters Local 3920, who will lead the Pledge of Allegiance; Amanda Gorman, the first National Youth Poet Laureate, who will perform a poetry reading; and Reverend Dr. Silvester Beaman, another longtime Biden family confidante, who will offer the benediction.

Donald Trump will skip the event after disputing the election result, becoming the first president to miss the inauguration of his successor since 1869.

Avoid traveling to the capital

Washington DC will still be under a state of emergency when Biden is sworn in, after a mob stormed the Capitol on 6 January.

The ceremony’s attendance will be “extremely limited” in line with social distancing due to the coronavirus pandemic, according to the Biden team, which has urged Americans to avoid traveling to the capital.

Biden’s inaugural committee instructed the public last month to not attempt to view the ceremony in-person because of coronavirus-related concerns.

Airbnb, the online home rental company, also announced Wednesday that it would cancel all reservations in the Washington area during the week of the inauguration to discourage out-of-town visitors.

President Donald Trump on Monday granted Bowser’s request to declare a state of emergency in Washington ahead of the inauguration, and federal officials on Wednesday authorized an increase in the number of National Guardsmen stationed across the city — potentially bringing the troop presence to beyond 20,000 by Inauguration Day.

Acting Attorney General Jeffrey Rosen said Wednesday that there would be “no tolerance whatsoever for any attempts to disrupt the peaceful transfer of power.”

Meanwhile, the four-star officers who make up the Joint Chiefs of Staff authored a memo to the entire force on Tuesday, affirming that Biden will become commander-in-chief next week and telling the troops that “any act to disrupt the Constitutional process is not only against our traditions, values, and oath; it is against the law.”

Although the president-elect’s inaugural planning team is reassessing its security planning in the aftermath of last week’s Capitol siege, Biden insisted Monday that he is “not afraid” to take the oath of office outside on the West Front of the Capitol.

Trump has said he does not plan to attend Biden’s inauguration. But Vice President Mike Pence is expected to appear, as are all living former presidents and their spouses — with the exception of Jimmy and Rosalynn Carter.