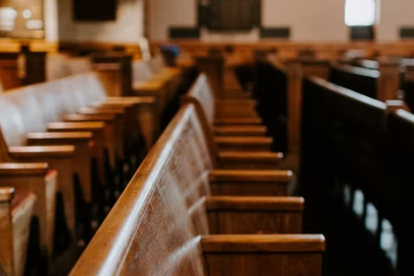 A KZN soccer boss may drag his estranged wife to court over libel and defamation. Image via Unsplash

A KZN soccer boss may drag his estranged wife to court over libel and defamation. Image via Unsplash

A KwaZulu-Natal soccer boss and businessman is threatening to drag his estranged wife to court after she told locals news publications that he is “abusive and controlling”. Speaking on behalf of his client, advocate Lesetja Malope of MC Simelane Attorneys said that the claims made against his client are “serious and defamatory”. He also added that his client is within his rights to protect his name and integrity.

The legal battle follows a drawn out divorce process and many claims from both parties around custody of their minor child as well as disagreements about property.

An unnamed KZN business who doubles as a KZN-based Premier Soccer League team is threatening to sue his estranged wife after she made claims that he is abusive and controlling.

His legal counsel told local publication IOL that the businessman is now considering taking the woman to court after she also accused him of making her live in a house without water and electricity because she refused to sign their divorce settlement.

Speaking to the Sunday Tribune, the woman said that she and her husband separated in 2014 and he remarried in 2018 but continued paying the household expenses.

After she refused to sign the “unsatisfactory” divorce settlement he stopped paying the expenses leaving her desperate and destitute.

“I see him giving out food parcels in KZN, going around with rich families, living a lie. What he is doing to me is abuse – not maintaining my children, the house and taking away the car – all because I refused to agree to the settlement agreement. This is abuse of power,” she said.

She also accuses him of frequent cheating, taking back a car he bought her and says he had her arrested after she kept their minor child for a weekend.

According to adv. Malope, the claims are unfounded.

“What has been clearly and conveniently omitted from her communication is that she initially moved out from the marital home for a few years before being invited back by our client when it was left vacant.

“From the time she moved out until this day, the children have been under the care of our client who caters for all their needs,” he said.

He also added that it is not his responsibility to take care of his estranged wife financially.