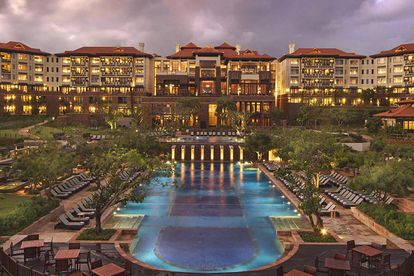 Zimbali hotel forced to close its doors. Image via Fairmont.com

Zimbali hotel forced to close its doors. Image via Fairmont.com

Last week, the Fairmont Zimbali Hotel, located on KZN’s North Coast entered business rescue, due to mounting losses and a slow-down in demand for accommodation at the upmarket hotel establishment.

The national lockdown and drop in demand for hotel accommodation has led to severe financial difficulties for numerous hotels in the country. Border closures and the ban on international travel have negatively impacted hotels which rely on overseas visitors.

OTHER HOTELS AFFECTED BY LOCKDOWN

Other hotels reported major losses and faced the same plight as the Zimbali Hotel.

The Hilton in Cape Town and Marriott’s Mount Grace Country House and Spa in Magaliesburg also faced imminent closures earlier this year, but were rescued when new management stepped in.

Protea’s Edward Hotel in Durban and the Protea Hazyview Hotel would also have had to close their doors if they had not been rescued by Tsogo Sun Hotels, who agreed to take them over and rebrand them.

“The consequent stagnation in global economic activity together with the South African government-imposed national state of disaster has impacted negatively on our business,” he said in a statement.

The Zimbali hotel offers 154 luxury rooms with magnificent sea-views of the Indian Ocean. The hotel’s general manager said that the hotel would not be able to continue trading in the current economic climate, where demand had reduced significantly.

“The losses that will be incurred in a gradual return to normality with ongoing uncertainty and the possible threat of further restrictions is just not commercially viable.”

Demand for Zimbali’s upmarket accommodation has dropped significantly. Uncertainty of when and if demand levels seen prior to the lockdown would return was a major concern.

ZIMBALI HOTEL SECTIONS TO BE SOLD OFF

The property, owned by Kuwaiti company, IFA Fair-Zim, entered business rescue on 16 September. In a media interview, business rescue practitioner Pierre Berrange said that a disposal process had commenced, and this process would continue.

Zimbali consists of both hotel sections and private residential sections. The sections owned by the IFA Fair-Zim company, which trade as the Zimbali hotel would be up for sale.

Sections of the estate which are owned by third parties and private individuals would be unaffected.