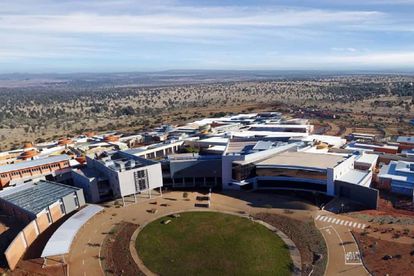 Reasons for the delay in construction

Part of the reason for the facility taking long to complete was because of unexpected and repeated delays. The 287-bed hospital’s costs escalated from an initial R280 million to R1,3 billion over the years.

The hospital was originally meant to be handed over to the provincial health department in 2008. Despite the inflated building costs, Saul said the hospital was a “true state-of-the-art facility”.

The Northern Cape premier described the facility as:

“A symbol of transformation, it must be a centre of excellence. This facility must restore dignity to the most vulnerable and the most fragile in our society – the mentally ill. We can only achieve that if we commit to true essentials of public service.”

Like any other mental illness hospital, the new facility hosts general mental health services. However, it also has psychiatric services for children and adolescents.

It also features outpatient services. After spending so much on one hospital, one would think the province was done for a while but Saul revealed they had more planned.

He shared that the next projects would be the construction of two nurse’s college (Nurses College and the Emergency Medical Services College) to train young people and an emergency medical services college in Kimberley.

Although the hospital is finally done, Saul found some issues with the 12-year building delay and the exorbitant costs. Speaking on the side-lines of the opening event, he reflected on how the project zoomed in on the provincial government’s inability “to implement infrastructure projects.”

“So, that’s something that we need to urgently attend to taking into cognisance, the roll out of infrastructure projects that will be taking place in the province over the next five years.”

According to statistics, one in six South Africans suffer from mental health related illness. The mental health hospital is a much-needed beacon of hope in the province.