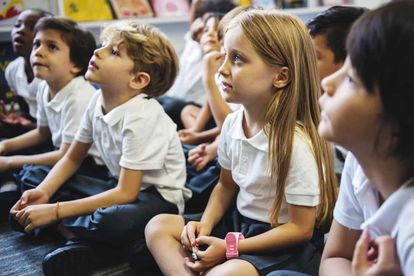 The proposed changes to admission policies at schools in South Africa will soon open for comment. Image: Adobe Stock

The proposed changes to admission policies at schools in South Africa will soon open for comment. Image: Adobe Stock

The Department of Basic Education is inviting public comment on proposed amendments to the 1998 school admissions policy. Among the big changes being suggested is that pupils cannot be denied admission due to a school’s language policy.

The draft policy will be open for public comment from 12 March, giving all parents with children at school an opportunity to have their say.

The new policy only allows principals to deny pupils access to admission if the institution is already full or if no proof of immunisation against communicable diseases can be given.

With the proposed changes, the Department of Basic Education is trying to address a number of issues the education system has faced in the recent years.

“The Department of Basic Education has published for comment the revised draft policy on admissions in schools,” basic education spokesperson Elijah Mhlanga said.

“This is an important piece of legislation because it talks about the requirements for admissions into school for learners, the documents required as well as the responsibilities of parents that they need to take into account when bringing the children to schools.”

Here are the details of the proposed amendments.

The proposed amendments include that no pupil may be denied admission based on a school’s language policy. Former Model C schools were previously accused of charging high fees and using Afrikaans as a medium of instruction as way of limiting admissions.

It is also proposed that schools will also not be allowed to deny admission due to feeder zones.

The proposed amendments also include that pupils cannot be excluded from any educational activities or denied access to their progress reports or certificates due to the non-payment of their school fees.

Pupils cannot be excluded for not adhering to a school’s code of conduct. There were previously cases of pupils being suspended because of their hairstyles, for instance. The policy aims to prevent situations like these in future.

OTHER REASONS FOR THE PROPOSED AMENDMENTS

It is proposed that pupils will not be excluded on the basis of race, gender, ethnicity, marital status, social origin, colour, sexual orientation, age, disability, religion, culture, beliefs, immigration status, nationality or any other arbitrary grounds.

“It is important that South Africans give us input on this particular policy as it comes from the background of a court case two years ago where the court found that parts of the admissions policy were unconstitutional,” Mhlanga said, as quoted by the SABC.

“So, we have had to revise it, but members of the public are required to take part to inform the final version of this policy,” he said.

Mhlanga was referring to a court case in which the children of undocumented immigrant workers were excluded from schools. The court ruled in favour of the children, who had a right to education.