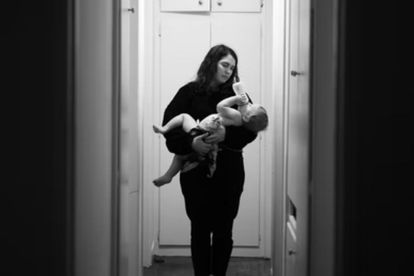 After two years in a pandemic, mothers are encouraged to express their rage more.

After two years in a pandemic, mothers are encouraged to express their rage more.

Mothering during the pandemic has been covered extensively — from issues of economic hardship to untenable caregiving responsibilities, acute and ongoing strains on maternal mental health, a swelling mental load and a shadow pandemic of male violence against women.

This coverage, while it has felt validating at times, has itself become exhausting.

ALSO READ: Teacher hospitalised after five-year-old beats her up in ‘cool down’ room

‘RAGE IS PART OF HUMAN MOTHERHOOD’

In January, when a photo of women screaming into the abyss from the 50-yard line was featured in the New York Times, I wondered where we could go from here.

These mothers weren’t screaming because their kids were scoring touchdowns. They were screaming to release years of pent-up fury resulting from their non-stop work.

Rage is part of human motherhood, like holes in the knees of pants are inherent to the fashions of kindergarteners.

It’s sandwiched between grief and shame where it is meant to stay, subsumed by its dutiful host.

It surprised me when rage bubbled up one midweek evening. (It doesn’t always wait for the primal scream line, as my fellow screamers no doubt know. It builds until our skin prickles and we feel we might explode.)

When I imagined smashing my water glass against the bedroom door and instead felt time slow as I floated to the bathroom where my sweet toddler was waiting for assistance, I was grateful for rage’s retreat to the grief-shame sandwich.

The work of mothers has been essential to keep families alive through all kinds of historical crises, but this is a conversation about long-term over-work and the emotional consequences of living this way.

Redistributing responsibilities in the home between two or more working adults has proved a gruelling, centuries-long battle in the best of times because we undervalue domestic labour.

After two years of the pandemic, with kids and jobs and animals at home, mothers need a new word for burnt out.

WHICH MOTHERS ARE INVITED TO RELEASE THEIR RAGE

For pandemic-era mothers, and where we might have an edge on our foremothers, we are offered something like a consolation for our volatile feelings when they are reflected to us in fresh content produced by and about women.

As one writer noted in The Cut, maternal rage seems perpetual, its disturbing persistence coming up for air through women-directed missives from Little Fires Everywhere to Nightbitch and The Lost Daughter.

In these offerings, maternal rage is white-hot.

Feminist scholars of motherhood and social reproduction, who examine the replication of social inequalities from one generation to the next, have long focused on gendered divisions of domestic labour and how these economic arrangements disadvantage women.

But, as sociologist Patricia Hill Collins explained back in 1994:

“Mainstream work on motherhood has been predominantly concerned with the struggle of white, middle-class mothers to secure economic autonomy and nourish their children’s emotional lives alongside their own under patriarchal divisions of labour.”

For racialized mothers, and for Black families in particular, for whom divisions of work versus family have never been discrete, motherwork has always involved a struggle against racial domination and economic exploitation.

Susan Ferguson, a feminist political economist, likewise explains how the leftist feminist fight to recognize and redistribute women’s unpaid labour has taken decades to heed the calls of Black scholars, educators and activists, reflecting simplistic assumptions within this struggle.

Put simply, a campaign to solve gender inequality by focusing on unpaid work in the home excludes the experiences of those who do it for a living.

Today’s scholars of motherhood and motherwork make feminized labour visible in the context of police violence, low-wage domestic work globally, racial disparities in maternal and infant health and communal ways of mothering and caring across kin.

Staged alongside this scholarship and activism, we can ask questions about who is invited to release their rage and whose rage might not be met with such widespread empathy.

MOTHERS DID NOT SEE TARGETED RELIEF

Yes, mothers are sacrificing their well-being for that of their children and families as they contort themselves to fill gaps where social programs should be.

“Yes, we very much need a break. But the perpetual stalling of this middle-class gender revolution is instructive.”

Even when pandemic-era restrictions and school closures shovelled unimaginable responsibilities onto the backs of families, which were disproportionately taken up by mothers, we did not see targeted relief.

It is worth asking why.

Prominent sociologists claim that this “Stalled Revolution 2.0” is the result of women still taking on more unpaid work than men at home, workplaces remaining hostile to women and families and having inadequate family policies.

We have managed to improve issues of pay equity, access to divorce and, until recently, access to reproductive justice, but the archetypal family, with its sexist divisions of labour and retreat to the suburbs, has amounted to familial isolation and strain for some, and a symbol of feminism’s failure to put motherwork at the centre of struggle for most.

MOTHERS RAGE SHOULD BE NOTED

Our rage is imperative. It is essential. As philosopher Myisha Cherry argues, building on an ocean of Black feminist anger, is forward-looking and it will build a better world.

This kind of affinity work can take many forms, from showing up in the streets as directed by BIPOC leaders to talking to kids about racism to giving money to therapy funds for BIPOC communities.

It includes advocating for accesible child care, even after your own kids are already grown. It’s accepting that parenting is inherently political and behaving accordingly.

New expressions of maternal rage demand we consider the harms of the archetypal nuclear family and how to move forward in community.

Mothers now tapping into their rage are invited to consider how their feeling of overwhelm relates to movements for justice like Black Lives Matter and the Women’s Memorial March.

The traditional family — which historian Stephanie Coontz reminds us is more of a romanticized myth than real life — is a trap. It stops us from seeing how we are connected to each other.

The promise that family will keep us safe is a powerful daydream. Out in the open, our rage should be noted. It’s powerful too.