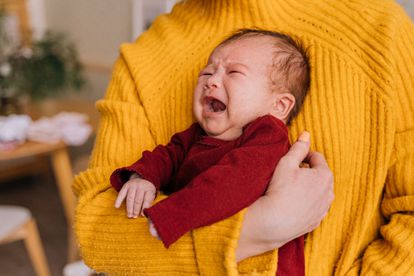 The evidence-based soothing strategy was derived from experiments carried out in Japan and Italy, which were analyzed and published in the journal Current Biology on Tuesday. Photo: ANTONI SHKRABA/Pexels

The evidence-based soothing strategy was derived from experiments carried out in Japan and Italy, which were analyzed and published in the journal Current Biology on Tuesday. Photo: ANTONI SHKRABA/Pexels

Science has perfected the answer to calming a crying baby: Hold and walk with them for five minutes.

The evidence-based soothing strategy was derived from experiments carried out in Japan and Italy, which were analyzed and published in the journal Current Biology on Tuesday.

The paper’s authors said they hoped the finding could benefit stressed parents, particularly the inexperienced.

“I have raised four children,” senior author Kumi Kuroda of the RIKEN Center for Brain Science in Japan said in a video statement.

“But even I couldn’t foresee the key results of this study until the statistical data came up,”

The team had previously studied the “transport response” in mammals that give birth to young that are unable to care for themselves, such as mice, dogs, monkeys and humans.

When these animals pick up their babies and start walking, the young become quiet and docile, and their heart rates slow.

ALSO READ: Can humans go back to the MOON?

Kuroda and colleagues wanted to explore this further in humans, and to compare the effect against other comforting behaviors such as rocking in one spot.

They recruited 21 mother-baby pairs aged 0-7 months, and tested them under four conditions: carrying while moving, held still by their sitting mothers, lying in a still crib, or lying in a rocking cot.

Crying decreased and heart rates slowed within 30 seconds when infants were transported. There was a similar effect when they were rocked, but not when held motionless.

This suggested that, contrary to assumptions, maternal holding was insufficient to calm a child, and the transport response was an important factor.

Next, they looked at the impact of carrying infants for five minutes, finding that the activity put 46 percent of them to sleep, and an additional 18 percent fell asleep in the minute after.

This showed that not only did carrying stop crying, it also promoted sleep.

But there was a wrinkle: when infants were put to bed, more than one-third became alert within 20 seconds.

Mother and baby, a special bond.

Electrocardiogram readings showed the babies’ heart rates rose the second they were detached from their mother’s bodies.

However, when the babies were asleep for a longer period of time before being put down, they were less likely to awaken.

Kuroda said she found this surprising, as she had assumed other factors like the way they were placed in bed or their posture would play a role, but this was not the case.

“Our intuition is very limited, that is why we need science,”

Based on the totality of their findings, they recommended a protocol for soothing and promoting sleep: hold and walk the baby five minutes, then sit and hold them for another five to eight minutes, before putting them to sleep.

This provides immediate comfort as opposed to other methods like letting a baby cry themselves to sleep, but more work will be needed to understand if it can train infant sleep in the long term.

ALSO READ: Nearly 50 million people are living in modern slavery. Are you?