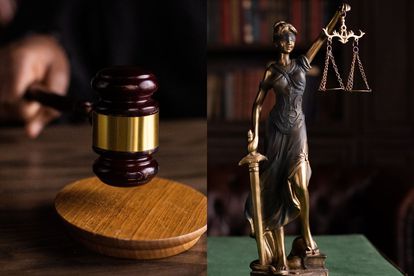 The Johannesburg High Court has ordered a businessman to pay R70k in maintenance. Photo: Pexels/Ekaterina Bolovstova

The Johannesburg High Court has ordered a businessman to pay R70k in maintenance. Photo: Pexels/Ekaterina Bolovstova

A local businessman has been ordered by the Johannesburg High Court to pay around R70 000 in maintenance fees for his estranged wife and their young daughter. The ruling comes after the wealthy man was dragged to court for only offering his family an R2000 ‘for meals’.

The ruling was met with jubilation online as social media users weighed in on child maintenance plus other daily household expenses in South Africa.

A Johannesburg has won the case against her wealthy estranged husband to get more maintenance money after he only offered R2000 a month which he says covers the child’s meals.

According to TimesLive, the woman took the matter to court in December last year, asked that she be awarded primary care of their child, a contribution to her legal costs as well as other financial relief.

A day before the hearing, her husband argued that he already contributes R2000 to the child’s meals. The couple reportedly got married in the 90s and have two children one of which is an adult now.

Court documents state that after they wed, the couple stayed in a home that belongs to the women who worked throughout the marriage until she got cancer in 2017 and was later retrenched.

After getting surgery to treat the cancer, she started multiple businesses which her husband allegedly interfered with resulting in them failing.

The woman also detailed how she suffered abuse at the hands of her husband who she describes as a “controlling person”.

In 2021, she finally fled their home with their daughter to live with a relative.

The husband’s R2000 comes as a shock since he is pretty well off and makes a salary of R40k a month and also owns a lucrative farm in Egypt where he also owns to properties which he makes money from.

In fact, his property portfolio sits at an estimated R25 million.

“He paid cash for a Jeep for himself and a Toyota Fortuner for his wife. He spent substantial amounts on designer clothing and a high-end lifestyle for the family, with the wife estimating their household budget at R85,000 a month,” TimesLive reports.

In light of this, the court has ordered him to:

The court also ordered the wife to “issue a divorce action within 20 days of this order”.