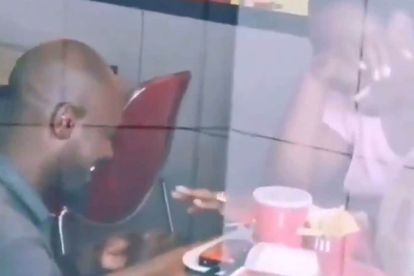 A video went viral on Wednesday 6 November 2019, after a man got down on one knee in the middle of a Gauteng KFC filled with customers and patrons, and proposed to her.

Since the woman happily agreed and the beautiful moment was captured, KFC, Cricket SA and Pick n Pay were among the few who have been trying to find the couple.

Today, Friday 8 November 2019, the couple has been found and SA is crowd-funding and planning its very own wedding. The couple has since also been asked to come back to KFC and celebrate with the staff.

Hunt for the KFC proposal couple

The fast-food chain appealed to the public to help them track down the couple who got engaged at its Vaal outlet on Wednesday so that they could ‘bless’ them.

Tweeps reactions after finding them

Social media, especially Twitter has since been flooded with comments about the viral KFC video, looking for the couple and now having found them and planning a wedding.

Donations are flooding in with some offering to DJ at their wedding and others offering to make their invitations. Audi South Africa has offered to drive the couple anywhere they need to go, while Castle Lite has offered to pay for the couples honeymoon. Tsogo Sun, Puma, Total and Huawei have also agreed to get involved.

Tweeps are beside themselves and happy that the KFC viral video has helped to make Twitter a supportive place. Many have commented that they love it when South Africa works together and it’s a beautiful thing to see.

“Yess baby this is what im talking about…I respect twitter from today…the power twitter and fellow tweeps have is amazing,” said one user.

“Yaaaaaaaaay, I’m so over the moon and emotional like I’m the one getting married wooooooow this is beautiful to watch. Working together like this to help wow,” said another.

See some of the reactions over the KFC couple being found: