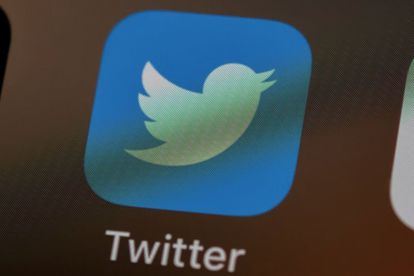 As the COVID-19 pandemic hit Kenya and South Africa, race, class and other fears were amplified on Twitter. Image via Unsplash.

As the COVID-19 pandemic hit Kenya and South Africa, race, class and other fears were amplified on Twitter. Image via Unsplash.

It’s common in both Kenya and South Africa for there to be everyday conversations about inequalities in power relations and between “races”, classes and ethnic groups.

Kenya, in East Africa, and South Africa, in southern Africa, share a history of British colonial divisions. In both countries, social movements and protests have sought to address these social injustices – like #FeesMustFall, #MenAreTrash, #SabaSabaMarchForOurLives, #OccupyParliamentKE.

A STUDY ON KENYA AND SA TWITTER WHEN COVID STARTED

Socio-economic and political divides were further exacerbated by the global COVID-19 pandemic and the responses of the Kenyan and South African governments.

During the first weeks of COVID-19 cases reported in Kenya and South Africa, there were hundreds of thousands of tweets posted by distressed citizens.

Our study of these tweets was undertaken in order to see what kind of conversations were happening – and if they reinforced postcolonial social inequalities in the countries.

The tweets, from ordinary citizens, were then grouped into themes and the major themes were used to produce a research report.

Our study revealed several issues raised. These were divided into four themes: racialised politics, classism, privilege and panic buying, and ethnicity and ‘othering’ (or prejudice against certain groups).

These themes, outlined below, echoed issues of discrimination that have characterised postcolonial states.

In short, we found that the first recorded cases of COVID-19 in South Africa and Kenya in March 2020 spawned a maelstrom of tweets reflecting fears and anxieties about the virus, as well as other deeply rooted prejudices.

The rage towards white communities and the powerful and privileged class can be read as fatigue with the existing postcolonial issues.

Power and the racialised politics of the pandemic dominated the Twitter conversations in both countries.

At the beginning of 2020, media reports had indicated that black communities in the US were hardest hit by the pandemic due to continued institutionalised discrimination.

The first cases of COVID were reported on 5 March and 13 March 2020 in South Africa and Kenya, respectively. These first reports indicated the virus had been brought into both countries by “privileged” citizens.

The first case of COVID in South Africa was a white South African from KwaZulu-Natal province, who had travelled back from Europe.

In Kenya, 239 passengers who had arrived from China were blamed for bringing in COVID. This resulted in a strong resentment in South Africa towards the white communities, and resentment towards the Chinese in Kenya.

Racial conversations worsened when some Kenyans and South Africans regarded COVID-19 as a foreign disease. As one South African tweet stated:

“Imagine dying from an overseas disease when you don’t even own a passport, let alone being in a plane or ship, except for a relationship. Watseba these travellers di na le mahlale (You know, these travellers are silly) #COVID19SouthAfrica.”

And another, in Kenya:

“We can confidently report that part of China mega loans agreement (initially negotiated by Raila as PM) was to allow illegal infiltration of Chinese into KE (Kenya), that’s why these despots continue to allow coronavirus infected Chinese to enter KE. #UhuruKenyatta #coronavirusInkenya”

When the World Health Organization (WHO) declared COVID-19 a pandemic on 11 March 2020, it led to drastic changes in public and social life.

These were accompanied by perceived and sometimes real shortages of resources. There were reported cases of long queues in the stores with individuals stockpiling essential goods.

“The only people who have panicked and started panic buying of goods are the wannabe middle class. The rest of us live on FAITH. One day at a time #StayHome #lockdown #COVID19KE”.

“To the selfish assholes black and white. Stop hoarding stock on retail shops, just because you can afford to purchase 15 loaves of bread doesn’t mean the rest of us don’t want to eat. You have clearly demonstrated if there was a deadly epidemic, you’d do the same #COVID19SouthAfrica”.

Propagation of ‘othering’ in Twitter conversations was also noticed in both South Africa and Kenya. Apart from the resentment towards white and Chinese communities, ethnic stereotyping was evident in online conversations.

These were linked to the ability to survive the pandemic due to behaviours associated with certain ethnic stereotypes. Ethnic stereotypes and prejudices are divisive and generally show an unfavourable attitude towards certain groups. As one Kenyan Twitter user put it:

“Worry yam is watching all those rich South Africans (majority white) who bought more than they needed throw these away once the outbreak is brought under control on the back of many preventable deaths. #COVID19SouthAfrica.”

THE COLONIAL LIVES ON IN POSTCOLONIAL SA AND KENYA

These Twitter conversations in the first few weeks of the COVID-19 pandemic in Kenya and South Africa reveal a range of unique experiences and biases shaped by postcolonial legacies of power.

They represent ongoing racial and ethnic issues that are highly contested and deep-seated in the historical antecedents of both countries.

In building a post-COVID society, government policies must systematically address these postcolonial issues and legacies of power and racial and ethnic identity in order to shape a society that is responsive to the needs of all its citizens.