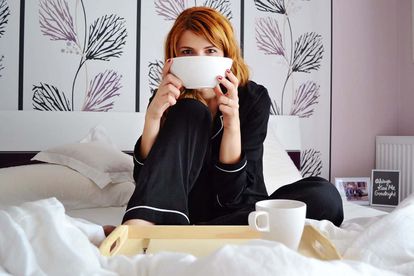 Consumers have won a massive battle against Kellogg’s SA which introduced an updated version of their popular breakfast cereal Rice Krispies in 2019.

After months of furious complaints, the company has decided to import the original version of the cereal from the United Kingdom (UK).

They’ve also had to repackage the new vanilla flavoured Rice Krispies, so it would be distinct from the original on supermarket shelves.

The new Rice Krispies featured a new vanilla flavour, and a multigrain mix of rice, corn and wheat instead of being predominately rice. And the sugar content reportedly went up from 9% to 21.7%.

South Africans made their frustrations known by taking to the social media accounts of Kellogg’s to complain about the vanilla-flavoured version — and to ask for the old cereal to be brought back.

On their Kellogg’s SA Facebook page, the company explained why they introduced the new version:

“We want the kids of today to never stop doing more to reach their great. That’s why we improved Kellogg’s, giving kids more vitamins and minerals to help keep them active and alert.”

And South Africans clearly stated their disapproval of these “improvements”. The post garnered hundreds of comments, most of them critical.

Reece Hanning commented that “you have destroyed a good product for no reason”.

Theresa van Niekerk shared that her long history with the cereal was coming to an end:

“Just for interest sake as you obviously did no study before changing your product. I had Rice Krispies for lunch, dinner, breakfast for more than 50 years. That vanilla-flavoured shyte you have now, has put me off Kellogg’s. Period.”

Slie Ntuli Mkhize queried the strategy behind the changes: “There is no improvement, you have made them worse. I used to be a fan.My kids don’t like them as well. Why did you put so much sugar?”

On 14 December 2018, an impassioned Mari Ka decided to rally support on the GoPetition Facebook page. Her hopes were clear:

“I think we can agree that the new Rice Krispies formula is terrible compared to the old one. It is pure sugar and not as delicate and crispy as before. I and all who sign call on the Kellogg’s South Africa brand to change the formula back to the original immediately, thank you.”

On another website, Change.org, Crystal Rouseau explained why she wanted the original cereal back:

“There is no more fun in snap, crackle and pop; the flavour and texture of these is absolutely terrible. Bring back the original Kellogg’s Rice Krispies. Throw away ‘New and Improved Flavour’.”

While Kellogg’s SA hasn’t confirmed whether they will stop the production of the vanilla-flavoured Rice Krispies, they have listened to consumers and are importing the original.

Classic favourite will cost you R70

The original product now has to be imported from the UK because Kellogg’s SA does not currently have the manufacturing capability to produce it locally.

The 510g box of the original is more expensive at R70, but South Africans haven’t been able to contain their delight at seeing a classic favourite back on the shelf: