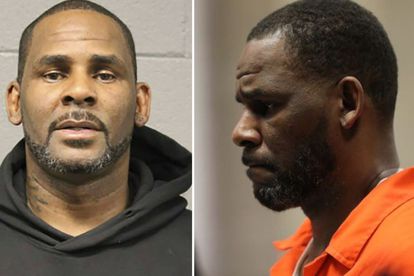 The U.S singer R. Kelly has been sentenced to 30 years in prison for using his status to run a scheme to sexually abuse children and women.

JUST IN R.KELLY SENTENCED TO 30 YEARS BEHIND BARS

According to a report by BBC, the singer, whose real name is Robert Sylvester Kelly, was sentenced on Wednesday after he was convicted in September this year.

He is known for hit songs like I Believe I Can Fly and Ignition.

It was found that he had used his celebrity status and sphere of influence to lure women and children into sexual abuse over two decades.

According to the report, the court also heard how R.Kelly had illegally obtained paperwork to marry singer Aaliyah when she was 15 in 1994, seven years before the singer died in a plane crash.

“The certificate, leaked at the time, listed Aaliyah’s age as 18. The marriage was annulled months later.”

The report furthermore stated that federal prosecutors had recommended that R.Kelly be sentenced to more than 25 years in prison, given the seriousness of his crimes and “the need to protect the public from further crimes”.

But his lawyers called for a sentence of 10 years – the mandatory minimum for his conviction – or less.

R.KELLY’S VICTIMS DELIVERED IMPACT STATEMENTS BEFORE HE WAS SENTENCED

Earlier on Wednesday, several of Kelly’s victims, including some who testified at his trial last year, are delivering impact statements before he is sentenced.

One of the victims, Angela, stood in court, looked directly at Kelly and called him a ‘Pied Piper’ who ‘lured children with his money and celebrity.’

“With every addition of a new victim, you grew in wickedness. You used your fame and power to groom and coach underage boys and girls for your own sexual gratification.

“Today, we reclaim our names. We are no longer the preyed-upon individuals we once were.

“I pray that God reaches your soul.”