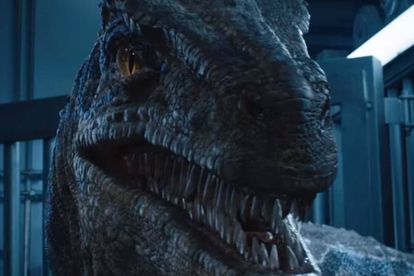 The sequel to 2015’s Jurassic World is set to arrive on our screens very shortly. We’ve got everything South African moviegoers need to know, as well as what they need to get excited about Jurassic World Fallen Kingdom.

After Jurassic World smashed box office records back in 2015, it was only a question of when, not if, the film would get a sequel. The film made over $600m at the US Box Office alone. On an international level, a whopping $1.4 billion was made. That’s R18.7 billion, folks.

Aside from that, people also just want to see more of Chris Pratt’s face.

It’s been four years since theme park and luxury resort Jurassic World was destroyed by dinosaurs out of containment. Isla Nublar now sits abandoned by humans while the surviving dinosaurs fend for themselves in the jungles. When the island’s dormant volcano begins roaring to life, Owen (Chris Pratt) and Claire (Bryce Dallas Howard) mount a campaign to rescue the remaining dinosaurs from this extinction-level event.

Owen is driven to find Blue, his lead dinosaur who he raised and who’s still missing in the wild. Arriving on the unstable island as lava begins raining down, their expedition uncovers a conspiracy that could return our entire planet to a perilous order not seen since prehistoric times.

Eish, guys, trust us when we say that the conspiracy is a big one.

The film will hit South African cinemas on Friday 8 June. With it being an epic action blockbuster, you can see it in a variety of formats. From the standard 2D and 3D, to IMAX and Ster-Kinekor’s epic DBOX technology.

Aside from Chris Pratt and Bryce Dallas Howard, Jeff Goldblum plays Dr Ian Malcolm, an expert in chaos theory who once consulted for InGen’s Jurassic Park.

Not particularly famous, B.D Wong is also in the cast. A seriously top class actor who has been nominated for multiple awards for his work in Mr Robot. He plays Dr Henry Wu, the former head geneticist at Jurassic World and the original Jurassic Park.

While the film has been hit with some controversy over pay equality in its leadup, movie insiders say it’s simply down to star power. Chris Pratt took home $10m for the film while Bryce Dallas Howard only earned $8m.

“There was little chance that Pratt and Howard were going to end up with the same relative paycheck for the second film. Chris Pratt is a proven box office draw not just in the Marvel Cinematic Universe,” said Forbes’ Scott Mendelson.

Universal Pictures blessed us with the final trailer before the film’s release in June. If you were looking for a good hint at that conspiracy we mentioned, this trailer will practically have you running to buy your movie ticket.

Check it out for yourself below.