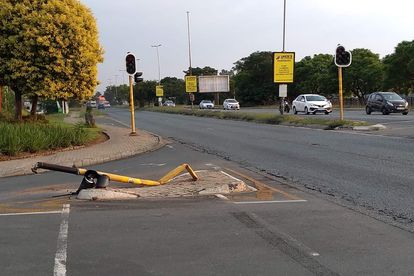 Scenes like these are a familiar sight across Johannesburg. Image: Lorne Philpot

Scenes like these are a familiar sight across Johannesburg. Image: Lorne Philpot

Johannesburg is a city that has fallen far from its glory days. It is no longer a proud city that can boast world-class standards.

In a recent interview, CapeTalk’s Lester Kiewit spoke to urban planner Nobukhosi Ngwenya and relocation logistics expert Renee Steggman around the causes and effects of semigration from Johannesburg to other parts of the country, especially Cape Town.

DECLINE OF A WORLD-CLASS CITY

Johannesburg was once a vibrant city with a thriving economy. Much of the country’s commerce was based in the inner city prior to the 1990s. This began to change when any corporations began to relocate to Sandton and other areas outside of the inner city.

When asked if Johannesburg is a city that is in decline, Ngwenya stated that Johannesburg had never recovered from the flight of capital from the inner city, which began in the early 1990s.

The lack of service delivery in Johannesburg extends from unreliable electricity and water supplies, to erratic refuse removal services, deteriorating infrastructure and a general lack of maintenance of the infrastructure the city could once claim made it one the most developed cities on the African continent.

IMPACT OF NON-PAYMENT IN JOBURG

“The non-payment for municipal services consumed by residents poses a significant threat to the continuation of basic service delivery and exposes the city to increased water and electricity load shedding interruptions designed to balance demand and supply,” City of Joburg said.

The City of Joburg said in September last year, that it will be pressed to deliver municipal services across Johannesburg if residents and customers fail to pay for the services provided.

“As more businesses move out of Joburg, the amount of revenue that is generated…will decrease quite significantly, and that will have a huge knock-on effect in terms of service delivery,” Ngwenya said.

This is not good news for those in Johannesburg which have to bear the brunt of deteriorating municipal services and who must shoulder the increasing costs of these services.

The pandemic has ushered in a new way of working.   The ability to work remotely has forced many South Africans to reconsider their quality of life in places like Johannesburg – which is experiencing a drop in standards due to declining service delivery.

“Professionals are no longer bound to their city homes but can settle in a place which is the best of work and life worlds – spending less time on travelling to work while dedicating more time to what matters the most,” Ngwenya said.

According to Seeff Properties, Cape Town is the most popular city for relocation from within the country. Most South Africans relocating to the Mother City come from Gauteng and KwaZulu-Natal. Data reveals that there has been a spike in families moving from Gauteng to the Western Cape over the past 12 months.

“Semigration to the Cape is by no means a new trend; however, it is sharply on the rise due to Covid-19, which has birthed a new era of remote working – making it easier for professionals to live, work and play in their preferred province, no longer having to wait until they retire to live by the sea,” said Alexa Horne, managing director of Dogon Group Properties.

The main reasons for the increased relocations to the Western Cape include the desire for a lifestyle change and an improved quality of life which Johannesburg is no longer able to offer.   Other important factors include quality educational options for children as well as improved safety and security.