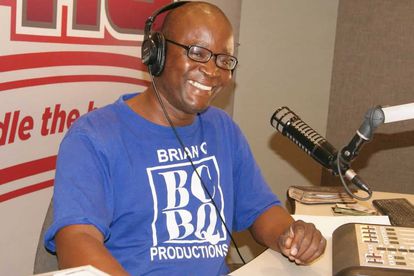 Alfred “Jazzman” Chuene did not know that his love of jazz music would earn him a position of presenter at Musina FM.

A successful professional recording artist with two jazz albums to his name, Jazzman, was recruited by the management of Musina FM in Limpopo to join the station to present the jazz music show which airs every Sunday between 13:00 and 15:00.

He said it was an honour for him to have been called upon to serve his community which he loves so much.

“I was indeed very esteemed to have been asked to come and work for my people. As a recording artist who has been in the jazz music fraternity for over 10 years, it became very easy for me to adjust behind the microphone. I knew I was doing the right thing because during my first day, I received countless calls from satisfied listeners who commended my great work behind the microphone,” he said.

Jazzman says the power of radio can never be underestimated when it comes to uniting people and making new friendship.

The importance of radio

“Because the frequency of our radio station also spills to our neighbouring country, Zimbabwe, I receive a lot of calls from satisfied Zimbabwean loyal fans who listen to my show. Some of them have personally delivered relatively unknown original Zimbabwean jazz music for me to play for the South African fans this side. I also make sure that I play lesser-known South African jazz artists so that people in Zimbabwe should also know them. Through the show, I have also received an invite to record a jazz album with some of the top artists in Zimbabwe,” he said.

The adored presenter says that there is nothing that beats thorough preparation when it comes to the radio world.

“I make sure that I’m well prepared before sitting behind the microphone. In fact I arrive at the radio station three hours before my show starts. I also open the lines to give my listeners an opportunity to participate by calling in to the show, thereby making them part of the bigger family at Musina FM.”

The future of radio

He talks about his future plans.

“We need to introduce as much youth as possible into the radio and music industry. My dream is to establish a music and broadcast academy here in Musina within a space of ten years. We will need dedicated partners to come on board to realise this dream,” he says.