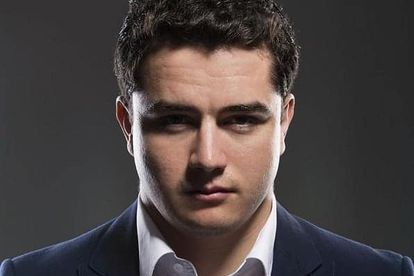 Carl Visagie has given young entrepreneurs the opportunity of a lifetime. It’s all thanks to the ‘KnektMe’ app he’s developed this year:

KnektMe allows business brains to scan for investors and potential clients in the nearby area. It allows quick and easy access to pitch ideas in a direct, middle-man-less fashion. The feature is designed to give start-ups a better chance of succeeding.

Already, it’s caused quite a stir in the business world and has given a platform to business-minded youth who’ve never had such networking opportunities.

Want to know more about KnektMe? Read our explainer article about the app here.

We couldn’t just sit and let one of the hottest business trends just pass us by: We met up with Carl and discussed a few things. For anyone remotely entrepreneurial, you’ll want to see this: He’s shared a few industry tips with thesouthafrican.com, and even told us that the future is bright for our young techies…

Our Interview with Carl Visagie

The KnektMe app is a brilliant concept: Do you recall a ‘Eureka’ moment when you came up with the concept? Or did it just form itself organically?

“Though it wasn’t just a spur of the moment thing, it was just the one session where the Knekt me idea developed: There was a long process behind it, but we made a breakthrough, wrote it down, and had our idea in front of us.”

“Our original idea was different: We wanted a camera-based A-R type system, where you could identify people through the camera on your phone – but there were issues with lighting and picking up people, so we opted for just the scanning instead.”

How do you envisage KnektMe changing the business world? What do you feel are the major benefits for entrepreneurs?

“It’s a development for young guys like myself, currently with no business network, to build one up for themselves. It’s way more beneficial to have a ‘cheat sheet’ on a person you’d like to talk to, as opposed to going over to suited guy, having a talk with him, then finding out he’s only in a suit because it’s his friends wedding today. You want know who you’re talking to beforehand so you aren’t wasting any time.”

You’ve said previously that you are very keen on following ‘the feedback loop’. Have you had any suggestions for the future of KnektMe? Are there any future developments we can expect to see?

“For the last seven or eight months, we have though about updates and suggestions all the time, so it’s very rare we hear something we haven’t already thought of.”

“However, we do have one or two that’s stood out: You have to open the app to find people around you, but someone suggested a geo-location feature that notifies you of other users nearby. The app will then notify you if potential clients are around.”

How would you describe the current landscape for young SA entrepreneurs? Just how many opportunities are there for creative business minds?

“Investors want to know immediately the current value of your product and how much traction you already have.They will almost never invest in an idea without a history. A lot of them in this country are still afraid of risk and will try to minimise it due to the nature of the VC (venture capital) funds.”

“However, these investors also love a young ‘techie’. It really wows them to see these ideas come from people of a young age – that’s worked in my favour. Younger entrepreneurs tend to get a more positive reaction from investors, so it’s good on that side.”

And finally, For other budding entrepreneurs, what advice can you give them about pitching their business ideas?

Android and i-Phone users can download KnektMe from Google Play/Google Apps and the App Store, free of charge