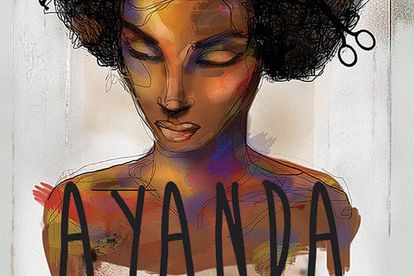 South African film director Sarah Blecher is in London for the London Film Festival premiere of her new film, a vibrantly lively social drama Ayanda, a Yeoville, Johannesburg, story of a young woman who inherits a rundown garage from her Nigerian father, Moses.

Blecher told me the film was a love letter to Yeoville which has remained untouched by xenophobia, and has become a world of many languages, racial mixtures and multi-cultures. Afropolitans as they are called.

‘The story is about the new South Africa and what is working in this new South Africa,’ she says. ‘People are much more open now. Everybody has the internet and they’re taking what they know about the world and Africanising it. I hope my film works as a showcase about this new culture.’

Herself born and living in the Gauteng region, she is very much part of the Afro-cultural hub. Her last film, Otelo Burning, was a movingly tale of love, betrayal and courage set in apartheid times when three Zulu boys escape their tough life in Lamontville Township, Durban, to discover surfing as a way out. It was her first feature film, having made numerous drama series for SABC and documentaries. Her next film is the dark Afrikaans drama Dis Ek, Anna (It’s Me, Anna) based on the book by Elbie Lotter and starring big-names like Marius Weyers and Elize Cawood.

Ayanda, a visually unusual film including great music, some animation and subtitles for the mix of languages, is definitely hitting the spot of the modern South Africa. Made to a budget of R6mil, her leading lady, Ayanda, is played by SATV soap actress Fulu Mugovhani (Scandal) and her on-screen Nigerian boyfriend David is played by well-known Nollywood heart-throb, OC Ukeje, who couldn’t wait to come and work on South African films where the acting style isn’t ‘big’ as it is in Nollywood.

‘We had a really harmonious shoot and probably our biggest problem was sourcing the vintage cars that Ayanda and David try to make a refurbishing business out of to put the garage on the map. People who collect vintage cars like Cortinas, Zephyrs and old sports-cars like Karmann Ghias know how they get ‘used’ when on a film shoot!’

Ayanda is screening at Cineworld Haymarket on Saturday 10th at 20.45 and at Ritzy, Brixton on Sunday at 18.15.  Festival programme and tickets : www.bfi/org.uk/lff