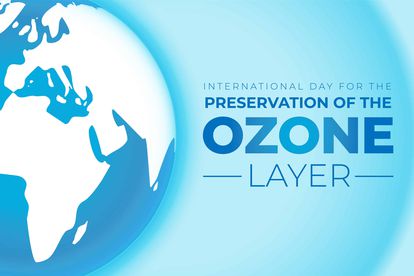 Since then, governments, scientists and industry worked together to cut out approximately 99% of all ozone-depleting substances under the Convention’s Montreal Protocol,

The ozone layer is a fragile shield of gas and protects the Earth from harmful rays. As reported by the UN Environment Programme,”the ozone layer is healing and expected to return to pre-1980 values by mid-century.”

The United Nations General Assembly proclaimed back in 1994 that today will be used to commemorate the date of the signing of the Montreal Protocol on Substances that Deplete the Ozone Layer in 1987.

Ozone for life: 35 years of protection

We’re celebrating 35 years of the Vienna Convention this year, which was brought to order after scientists working in the late 1970s discovered that humanity was damaging the ozone layer.

Ozone-depleting gases (ODSs) used in aerosols refrigerators and air-conditioners, among other things, caused a hole to develop in Earth’s protective layer, which in turn, increases the risk of cancer.

On 16th September 2009, the Vienna Convention and the Montreal Protocol became the first treaties in the history of the United Nations to achieve universal ratification.

In addition, the hole in the ozone layer also damages plants, crops, and ecosystems. In support of the Protocol, the Kigali Amendment, which came into force in 2019, will work towards reducing hydrofluorocarbon (HFCs).

Hydrofluorocarbon (HFCs) are greenhouse gases with powerful climate warming potential and damaging to the environment. On 16 September, we commemorate World Ozone Day to celebrate this achievement.

This convention and its Montreal Protocol united the world to cut out the gases creating a hole in the planet’s ozone layer, critical in shielding us against deadly UV radiation. This model of international cooperation has put the ozone layer on the road to recovery, protecting human and ecosystem health.