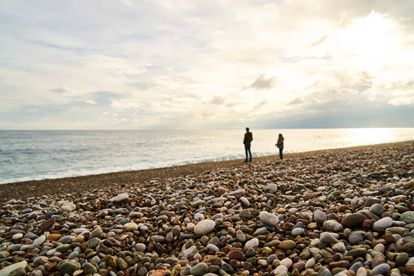 Every year, volunteers from more than 100 countries come together (like they’ve done 30 years prior) to participate in a Cleanup event near them.

As Cleanup and Recycle SA Week usually falls within close proximity to ICCD, it is quite fitting that SA should take part in International Coastal Cleanup Day. In fact, it is said to be one of the highlights of the week. Apart from various cleanups over SA, South Africa will join the world in partaking in ICCD by also launching the Source to Sea Programme as well as announcing the new cycle of the Working for the Coast program.

According to the Department of Environmental Affairs of South Africa, the theme for plastics will also be carried through.

“It is thus important and relevant that the department will continue to carry through on the theme to address marine pollution and waste management during the launch of the new cycle of the Working for the Coast program and the Source to Sea pilot project.

“The International Coastal Cleanup Day (WFTC/Source to Sea Pilot Project) will be implemented under the theme and key message detailed as “Nature knows no waste” and “ A litter-free land is a litter free ocean”.

How to get involved:

1.You can start by downloading Ocean Conservancy’s app called Clean Swell to document the trash you collect.

This is done in order for the Ocean Conservancy to collect data on trash in the ocean.

In 2017, the Ocean Conservancy collected data from the combined global cleanup in that year and revealed that 789 thousand people collected 9285 tonnes of waste over 30472 Kilometres of the coastline.

According to Getaway Magazine, in South Africa, the 2017 coastal cleanup saw 16298 people participating in the clean-up, picking up a total of 12694 Kilograms of waste. Of the 16298 volunteers, 4755 recorded what they picked up, providing data that helps with highlight culprit waste materials that are prominent in coastal environments.

The data indicates that food wrappers, especially chip packets, made from multi-layered plastics have been increasing in numbers on a yearly basis. The food wrappers were the fourth highest item collected in 2016 and were the prolific collected item in 2018. Other items include asthma pumps, single-use baby diapers and disposable syringes which were also recorded in larger numbers in the 2017 cleanup.

2. Also, see Ocean Conservancy’s interactive map to find a coastal cleanup near you. Events are also extensively advertised on Facebook. Just search for a cleanup near you!