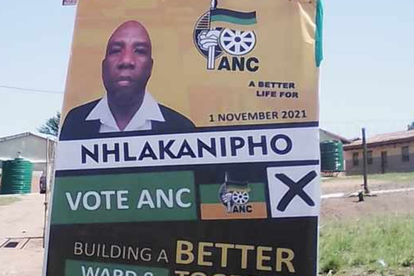 This man is not running for ward councillor. Image via Twitter: @SihleMavuso

This man is not running for ward councillor. Image via Twitter: @SihleMavuso

One man has been left feeling outraged after he was informed that his face was being used on a bunch of African National Congress (ANC) election posters. According to the man, he did not register with any South African political party and certainly did not sign up to be a councillor.

Imagine being called and congratulated for signing up to be a ward councillor when you did no such thing? One South African man does not have to imagine after this is exactly what happened to him.

According to the man, he was informed by a friend of his that his picture was all over the community on an ANC election poster.

According to the poster, the man in question, Nhlakanipho Mthethwa, was running to be the councillor of Mlalazi – something he whole-heartedly denies.

Briefly News reports that the man was attending his mother’s funeral when he was called by a friend who made him aware of the posters.

“I got the call informing me that my photograph was on posters as an ANC candidate. I was shocked at the news because I had never registered with any political party and I have no intention of becoming a councillor,” he told IOL exclusively.

The publication also reports that the actual candidate who was up for elections confirmed that he was aware of the matter but refused to comment on the situation.

Meanwhile, Mthethwa has confirmed that he has pressed charges against the party for fraudulently using both his name and photograph during the election campaigning process.