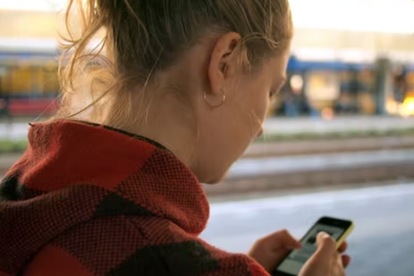 A UK woman found her friend’s husband of four years on a dating site. Image via Unsplash

A UK woman found her friend’s husband of four years on a dating site. Image via Unsplash

A UK woman has sparked mass reactions after revealing that she found her friend’s husband on a dating app. According to the anonymous woman who is seeking some advice over the matter, she is not sure whether to tell her friend or not because it “isn’t any of her business.”

The post which was shared on 6 May this year, received a number of responses from people who were generally divided about what action she should take.

When it comes to another couple’s relationship drama, the general thing to do is mind your own business.

Things do tend to get a bit confusing when you find out that your friend’s husband may be cheating on her.

Taking to Mumsnet – UK forum generally used my internet moms to share discussions around life and motherhood – one woman shared how she had discovered her “smug” friend’s husband on a dating app called Bumble.

“I seen my friends husband on Bumble on Friday night. I made a video screenshot of entire profile – verified and fully filled out. I was at their wedding four years ago, she was fairly smug with how well their relationship had gone. Engaged after a short period of time, and married after 1 year. They met the week after she had a 6 year relationship ending and they did seem literally perfect for each other,” she wrote.

She then writes that she isn’t exactly sure whether she should tell her friend – especially since the friend was so proud of the blossoming relationship.

“I tend to stay away from gossip but neither she or anyone else have intimated their relationship has broken down.“I have told no one I know about the dating profile. AIBU (Am I being unreasonable) to leave it and feel it’s none of my business?”

Mums of the net respond

While some thought the husband may just claim the profile is fake, others thought it would be best to confront him instead of going straight to the wife.

One person with the user handle disco82 said:

“Tell her. I told a friend, she thanked me, chose to stay with him anyway and I haven’t heard from her since. But at least she knew and wasn’t being made a fool of, and could make her own decisions.”

ALSO READ: Woman locks jobless hubby out of WiFi after he lied about getting fired