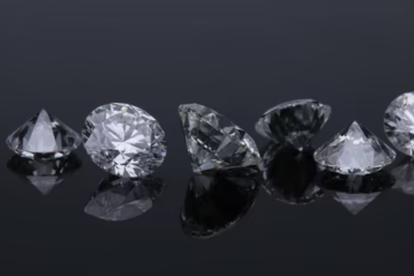 A rare pink diamond is among the gems that will be offered for sale by Angola’s state-owned trading firm Sodiam later this month. Image via Unsplash

A rare pink diamond is among the gems that will be offered for sale by Angola’s state-owned trading firm Sodiam later this month. Image via Unsplash

A Northumberland woman has shocked many people including herself after she nearly threw away a pricey diamond after she did not know its value. According to reports, before making the decision to throw the diamond in the trash can, she took it to be valued along with the other contents of her jewellery box.

A woman in her 70s has just become very rich after making a shocking discovery. According to Dail Mail, the woman who has chosen to remain anonymous was clearing her home when she came across the diamond in her jewellery box.

The publication reports that she had no idea what the diamond was worth and almost threw it in her bin but decided to take the entire box to Featonby’s Auctioneers in London to be valued.

“The lady came in with a bag of jewellery as she just thought she would bring it in as she was passing because she had another appointment in the town,’ said Mr Lane, of Featonby’s Auctioneers in a BBC article.

Mr Lane also explains how he thought the rock was a synthetic diamond lookalike before it was sent off to Antwerp, Belgium where it was discovered to be a 34.19-carat colour HVS1, which is “extremely rare”.

Where did it come from?

The elderly woman does not remember where she acquired the expensive diamond from but did reveal that she often used to visit car boot sales where she bought a number of trinkets.

“She told us she’d been having a clearout and that it nearly went in the bin before her neighbour suggested bringing her items to us to get valued,” said Mr Lane.

He also added that the diamond is the most expensive thing he had ever handled since beginning his career as an auctioneer.

The diamond is set to be auctioned on 30 November this year but is currently being kept safe at London’s Hatton Garden jewellery quarter.

“I was in shock when I was told how much it was worth. It was an out of body experience, the hair on the back of my neck stood up.”