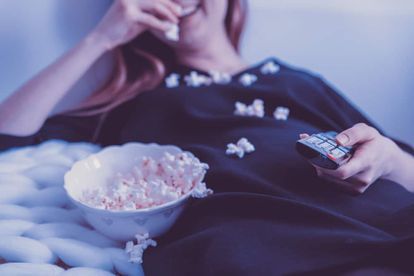 Even national-level service providers only provide a catalogue of channels and material that is regionally licensed for your country. This means you can often be missing out on great shows and content from channels based in other countries.

Certainly, this is the case in South Africa, where a lot of English-language content from the US, UK, and elsewhere is not available on domestic TV providers. You can turn to the Internet, or streaming devices like Roku, Kodi, and similar, but, again, you’ll run into geographic restrictions and blocks.

But, there is a way to watch geographically blocked TV channels in South Africa and elsewhere. You simply need a VPN service. With a good quality VPN service, with servers in the US, UK, and other countries, you can access content from those countries. In no time, you’ll be able to watch US and UK channels from everywhere.

Generally, online content is geo-blocked or geo-restricted to comply with licensing agreements, which most major TV, movie, music, and other entertainment distribution studios use to maximize the potential profit from a given venture.

This is why you’ll often see movies premiere on different days worldwide, or TV series that first run in the UK not appear in other markets until six months or more after their premiere. The way that this is enforced with online services, where there are no physical geographic boundaries, is with geo-blocking based on IP address.

IP addresses are like a street address for every device that is accessing the Internet. They are assigned in blocks to various ISPs around the world. Because of this, a central catalogue can track to which ISP (and in what country) an IP address is assigned.

Some ISPs and countries require even more accurate tracking, down to state or even city level. In all cases, this means that a service provider for a TV channel accessed online simply needs to compare your IP address to the central databases (a process known as geo-location), and gets an instant response that determines what country you are based in. If the content is geo-restricted to only residents of the UK, for example, and you’re accessing from an IP address in South Africa, you’re out of luck… at least without a VPN service.

VPNs fulfil many functions for users, as we’ll discuss in the last section of this guide. However, crucially for our purposes of unblocking TV channels, VPNs allow you to ‘trick’ destination servers into thinking you are actually accessing them from a country other than where you are physically located.

This means that if you are accessing a VPN server in the UK, whether you’re really in South Africa, the US, or on the moon, whatever websites or streaming services you access are going to think you are located in the UK as well! So, you can effectively bypass geo-restricted or geo-blocked content, and gain access to all the shows, series, and other things you want from US, UK, or other TV networks and providers around the world.

There are a few things that you should know about how all of this works. While bypassing the geo-blocking is a major consideration, it is not a cure-all, or a master key, that will somehow give you access to all content all over the world. There are other considerations involved, including:

Of course, once you have a subscription to a VPN service, you don’t need to limit your use ONLY to accessing blocked TV channel content. VPNs usually allow multiple devices to be connected, so you can use the service on your computers, media streaming devices, even your smartphone.

There are numerous benefits to VPNs in general that should not be ignored for providing you with security, anonymity, and privacy online in your everyday activities. You can consider them just an extra bonus, really, if your main reason for signing up is to bypass geo-blocked streaming content.