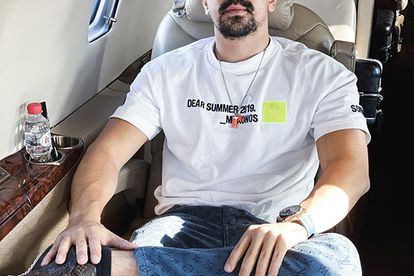 LightArt by Tom John Or-Paz is the latest player on the Branded Real Estate market. The lucrative market was dominated until recently by Marriot and Yoo by Philip Starck, with many leading brands like Armani & Porsche joining the market in the last few years. Branded Real Estate in recent years has exploded and the market is expected to double itself by 2023.

LightArt’s mission is ‘to elevate a standard project to an emotional journey for the developer and the tenant. LightArt under the leadership of Tom John Or-Paz has world class architects, designers, and artists from around the world, which elevate each project with a unique and personal design.

Tom John Or-Paz, the brain behind LightArt is a multi-Millionaire entrepreneur born in Israel, with vast experience in the world of real estate and art. In his early twenties Tom launched FashionTV’s Branded Real Estate. The project was a major worldwide success and the projects were quickly sold out worldwide. In recent years Tom’s love for art was seen him collaborate in different projects with leading artists from around the world.

LightArt join up with developers post permit stage and adapts the design, interior and exterior with their style and colorful touch. The world-class artists create unique artwork for each project created with the spirit and input of the neighbourhood and its surroundings. LightArt employs a large team of professionals who ensure that the entire building and design is in-line with the latest technologies for the comfort of its residents. For those that are concerned for the environment, LightArt’s goal is to strive for innovation and sustainability while adhering to environmental protection

Look out your window in the coming months and don’t be surprised to see a LightArt building being built. Heavy negotiations with leading developers in Europe and around the world, Deals closed in numerous countries, construction close to start in their Tel Aviv, Israel project, LightArt by Tom John Or-Paz is a brand that is taking the market by storm.