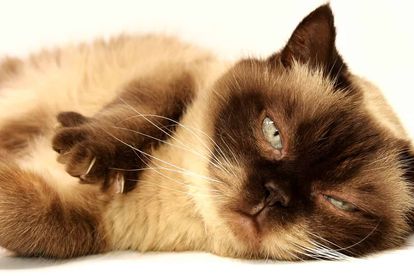 Have you been trying in vain to create a bond with your kitty, who seems to disdainfully regard you as nothing more than a convenient food source and occasional warm lap?

Help may be at hand. Soon you could be the envied cat whisperer of your neighbourhood and best mate to all the moggies in your town.

A team of psychologists at the universities of Sussex and Portsmouth in the UK are claiming to have purr-fected the art of building a bond with cats.

Their new study, published in the Nature journal Scientific Reports, has shown that it is possible to build rapport with a cat by using an eye-narrowing technique.

“This eye-narrowing action by humans generates something popularly known as a cat smile – the so called ‘slow blink’ – and seems to make the human more attractive to the cat,” say the researchers.

Parallels with a human smile

The first revealed that cats are more likely to slow blink at their owners after their owners have slow blinked at them, compared to when they don’t interact at all.

The second experiment, this time with a researcher from the psychology team rather than the animal’s owner, found that the cats were more likely to approach the experimenter’s outstretched hand after they’d slow blinked at the cat, compared to when they had adopted a neutral expression.

Taken together, the study shows that this slow-blinking technique can provide a form of positive communication between cats and humans.

“As someone who has both studied animal behaviour and is a cat owner, it’s great to be able to show that cats and humans can communicate in this way,” said Professor McComb, who is from the School of Psychology and supervised the work.

Exciting to have the evidence

“It’s something that many cat owners had already suspected, so it’s exciting to have found evidence for it.”

She added: “This study is the first to experimentally investigate the role of slow blinking in cat–human communication. And it is something you can try yourself with your own cat at home, or with cats you meet in the street. It’s a great way of enhancing the bond you have with cats.

“Try narrowing your eyes at them as you would in a relaxed smile, followed by closing your eyes for a couple of seconds. You’ll find they respond in the same way themselves and you can start a sort of conversation.”