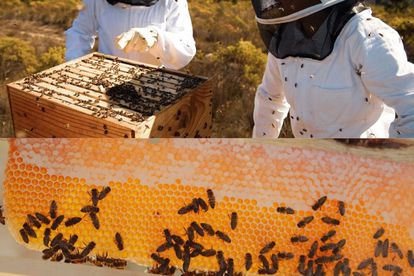 A honeybee sanctuary based in Overberg. Image supplied.

A honeybee sanctuary based in Overberg. Image supplied.

Honeybee Heroes, a bee sanctuary based in the Overberg, east of Cape Town, is fighting honey laundering, a transcontinental scheme that places “fake” foreign honey into South African supermarkets.

Stellenbosch-born Chris Oosthuizen founded Honeybee Heroes in 2020 after he heard about the plight of the South African honeybee which is increasingly at risk due to farming and beekeeping malpractices across the country.

The adopt-a-hive programme allows South Africans and people from across the world to sponsor a new honeybee hive that will be placed on Overberg Stanford Valley. The hives will be cared for by Honeybee Heroes’ expert beekeeping team.

In just over a year of operations, Honeybee Heroes has facilitated the adoption of over 300 hives and plans to reach 1000 by the end of this year. Here’s how you can help.

You can adopt a hive via Honeybee Heroes website giving one bee colony a safe, happy home with your name on it.

As a thank you, you will receive six jars of raw honey straight from a Honeybee Heroes hive as well as updates on your hive and the opportunity to suit up in a full beekeeping suit and check out your hive with the Honeybee Heroes team.

Although the adoptions are the organisations primary arm, the Honeybee Hero team have been using their platform to educate South African consumers about food choices and encourage the reevaluation of locally produced foods rather than cheap imports.

DID YOU KNOW? THE NOT-SO-NATURAL HONEY

According to Oosthuizen, South Africa imports more than 4 000 tons of honey annually, primarily from China; however, China’s annual export of honey is far greater than what the country would be able to produce through its recorded number of honeybee hives.

This means that much of this imported honey isn’t actually honey but rather a blend including many additives like corn and rice sweeteners as well as honey branded as “proudly South African” has been produced overseas and shipped in large containers to be bottled here.

These cheap imports put pressure on local honey makers to over process, undercharge and cut corners in their honey production in order to stay afloat.

“Raw honey is such a powerful wellness supplement, and how much do we all spend on our supplements? If you look at it that way, and you take into account how many honeybees it took to produce that bottle, a bottle of honey should cost 250 or 300 Rand, not 70 Rand,” he continued.

“We need to be paying the right costs to encourage the right values. We need to move away from things we see as aesthetically pleasing, and get back to real,” he added.