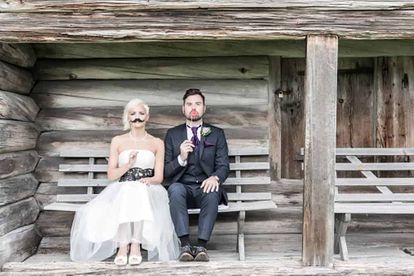 Ah, the joys of being married! We all know that couples who laugh together, stay together, and we’ve got Tweets to prove it.

Marriage refers to that blissful union between two people who promise to love each other until ‘death do them part’….but what happens in between are sometimes the best part of the whole deal and just too darn funny. The following Twitter users are the real-deal, folks and decided to share their reality of married life:

My wife is finally coming home from her week long trip, so you know what I'm getting tonight… yelled at. I'm gonna get yelled at.

2. When you’re not in college anymore:

My husband just went on a late night Taco Bell run because we are not in college anymore, but we like to maintain the lifestyle.

I'm never more nervous than when I insist we're out of something and my wife goes to look for it herself.

If you think you might enjoy getting yelled at from another room for chewing too loud, maybe give marriage a try.

My wife has literally everything in her purse. Today I needed tissues, a hammer, peanut butter and dice and she had 2 of each.

6. The thrill of the fight…

My husband's favorite thing about me is probably how I circle his fast food for possible leftovers like a hyena.

[after sex]
WIFE: whatcha thinkin about?
ME: (very seriously) a dog playing a saxophone

If you've never rage-folded a load of laundry then you either don't have kids or don't have a husband.

11. Or any dresser for that matter.

“Calm down,” I say to my wife, five seconds before my brain has a chance to talk me out of it.

My husband won't let me pick up wood at Home Depot because he doesn't want it scratched or bent but I can take care of his children daily.

Me: *yells something
Wife: I can't hear you
Me: *whispers something under my breath
Wife: I heard that!!

My wife asked me to get up early tomorrow to pick something up from the grocery store.

Wife (the next morning): You actually did that?

Wife: What do you think about this outfit?

Me: Those are clothes.

Me: Those are… not clothes?

Wife: Why don't you just ask someone where to find it?

20. The only conversations to have…

Conversations with my husband..
'Why is it so hard to stay fit as a parent?' followed by 'If the kids ever go to sleep can we order pizza?'

21. There will be a few curve balls along the way.

My husband has denim sweatpants.

I said for better or for worse, but I didn't anticipate this.

Being married with kids is just this:

My wife said I need to grow up. I was speechless.

wife: Why is your back all scratched up?
[flashback to me chasing a raccoon after she told me to leave it alone]
me: I'm having an affair

Me: A kid is crying.

Wife: It's not one of ours.