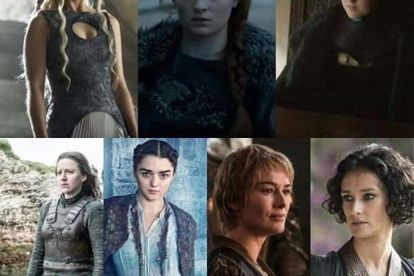 As Game of Thrones’ season 6 came to an end, one thing we know is women certainly ruled it all.

I am 100% here for all this girl power on Game of Thrones. pic.twitter.com/PqhYadZwzc

All the battles that took place was won either by or because of a female. In the beginning the odds were stacked against them, but as the season continued the following females became more fierce and powerful.

Her last name legitimizes her claim to the throne, but she didn’t start out all that strong. In the beginning she was only a puppet in her brother’s fight for the Iron Throne, but soon after she became the Mother of Dragons and a woman not to be trifled with. At the end of the season she gathered all of her resources and is seen heading to Westeros. Let’s just all agree, she is the Queen.

Arya quickly went from a young girl to a deadly assassin after making a ‘kill list’ to get through the night. With the use of a few tricks she picked up under Jaqen H’ghar, Arya disguised herself as a servant girl, killed Walder Frey’s sons and served them to him for lunch. Then she revealed to Frey her true identity and slit his throat. What a way to avenge the death of your mother and brother. You got served, Frey.

Gordon: Where are the other contestants?

Arya: They are here, chef. *puts her meat pie in front of the judges*

Once Joffrey’s plaything, Sansa has become a true survivor of great turmoil since season 1. She also faced a heinous character and her husband, Ramsay Bolton for the last time until his hounds eventually ate his face off – probably one of the most satisfying deaths ever.

During the Battle of the Bastards, Sansa also ensured her house’s survival by triggering the Knights of the Vale’s inclusion. She truly is the ‘She wolf of the North’.

Anyway, Team Sansa all the way. Don't mess with the She Wolf of the North. pic.twitter.com/EBueB2dLtD

Sansa asks LF what he wants, and he answers: Her and the Iron Throne. He tries to kiss her, but she stops him. pic.twitter.com/ZSJIoM5jSc

In the beginning of the season, Cersei was still recovering from her walk of atonement, and confined to the Red Keep awaiting trial before the seven septons – but as we know it, she doesn’t go down without a fight and eventually ended up on the Iron Throne herself.

Many people won’t necessarily root for her, but she is bad-ass AF.

“When you play the game of thrones, you win or you die. There is no middle ground.” – Cersei Lannister #ASoIaF pic.twitter.com/vEELjYiovN

The 10-year-old leader of Bear Island, and the only one who was willing to stick her neck out for Jon Snow and Sansa Stark. After giving a powerful speech, she committed men to follow the command of Jon Snow. “He’s my king from this day until his last day.”

Lyanna Mormont would wreck them all. #GameOfThrones pic.twitter.com/H1hLTpeFsT

This girl is determined to rule the Iron Islands. Yara and her brother Theon offered Daenerys a fleet of ships and their allegiance in return for her help in overthrowing their uncle to secure Yara her rightful place on the Salt Thrown. What a bad-ass.

Ellaria took control of Dorne and killed Prince Doran as she stuck a dagger in his heart. As he was dying she promised him that “weak men will never rule Dorne again”. This woman is seeking some vengeance.

She might be a little bit crazy…but that only makes her that more dangerous.

Joseph said my haircut makes me look like "that crazy woman" from GOT (Ellaria Sand) – exactly what I was going for! pic.twitter.com/4iQzAJn4MW