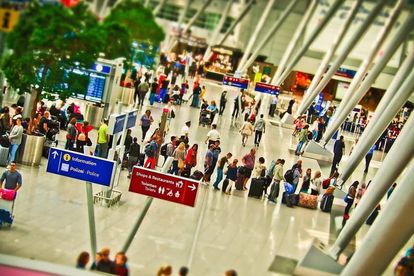 You can insert your joke about not flying airline X here and then move on.

Both domestic and international travellers in South Africa should start preparing for changes that could leave them stranded if they are not prepared.

According to a new report by Traveller24, this will be the result of increased security measures in South African airports as well as in airports across the world.

It’s not just a problem that is exclusive to South Africa either. In Europe, thousands of flights were delayed recently because of the imposition of stricter border controls as well as under-staffing at the airports, according to the trade body Airlines for Europe (A4E).

Changes to domestic check in times

The same check-in changes were made to British Airways’ local flights last year and all other local airlines are likely to follow suit.

Delays when travelling to the USA

Travellers to the USA can expect to undergo a secondary security inspection prior to boarding their flights. Arrive early at the boarding gates to avoid inconvenience associated with last minute rush which could also cause delays.

Back in July, in the wake of a surge of crime around OR Tambo International Airport, Police Minister Fikile Mbalula announced that he would be stepping up security in the vicinity.

Mbalula deemed these measures a success and said last week that he will “extend the same measures to “other points of entry”, but it is not clear exactly what the plan entails or how it will be implemented.

The general rule of thumb is to arrive three hours ahead of time for international flights.