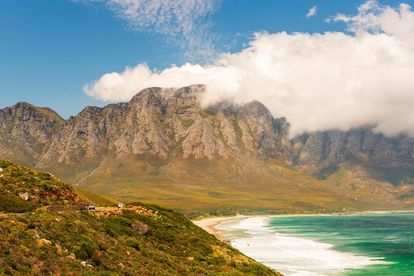 If your daily commute includes the dreaded trip into Cape Town every morning, then you’re the bravest of us all. The Mother City is the most congested in South Africa and even takes a place in the world’s top 50. However, the city’s new “Draft Resilience Strategy” plans to eliminate the traffic chaos that blights its main highways.

When is rush hour in Cape Town?

Recently opened for comment, the report considers several ways to prepare Cape Town for the demands of the future: Drought resilience, climate change and job creation all take centre-stage on the document, but the issue of congestion has become too grave to ignore.

In fact, most locations have a “rush hour” – Cape Town, however, takes this to an extreme. City officials say that traffic peaks between 6:00 – 10:00 each morning of a weekday, meaning our roads are jam-packed for the best part of four hours between Monday to Friday – as for the drive home? Well, that’s another nightmare altogether.

Why are the roads in Cape Town so congested?

The publishers of this strategy also feel that non-city dwellers are “negatively affected” in the pursuit of job opportunities and leisure activities, due to the sheer volume of traffic that flows in and out of the city. They also point a finger at the failing rail system and bad weather for increasing the congestion woes:

“The ability of Capetonians to easily move between places in Cape Town in order to access work opportunities, leisure and personal human connections is negatively affected by a number of chronic stresses including traffic congestion and an inadequate public transport system.”

“When the rail system fails, it adds to the burden of traffic congestion. Climatic shocks, most notably localised flooding and power outages, also have the ability to disrupt transport networks and contribute to further traffic congestion.”

The local government are now proposing that both flexible hours and remote working alternatives are provided by companies, in order to reduce the stress on Cape Town’s roads.

The city has vowed to take the matter to the public. Officials also plan to engage employers and business owners over how to implement “flexi-time work conditions and remote working models”.

What cities are the best for remote workers?

According to InterNation’s most recent Expat City Ranking Report, they compared factors like the cost of living, average salary, internet speed, the price of coffee and cost of public transport in hundreds of major cities to find out where is best suited to remote workers. These are their findings, with a very familiar location at #2…

South Africa “one of the best” for offering flexi-hours

South Africa actually does quite well on another survey, too. Regus recently looked at the best countries to offer flexi-hours, and Mzansi was placed third. The Proposed Draft Resilience report gets a mention itself, and the US magazine claims the idea is “gaining traction” – here’s who else has seemingly nailed the flexible working contract:

Once Cape Town does get up to speed with its plans to encourage “stay-at-home workers”, South Africa could find itself even higher up that list. However, if you were one of the unfortunate souls sat in gridlocked traffic before the sun had even risen in the Mother City this morning, those change must still feel like they’re a long way off.