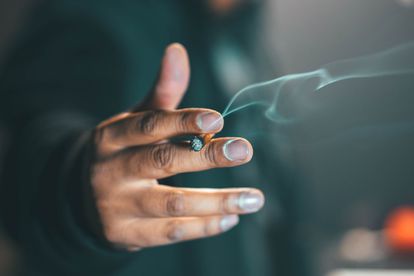 Nkosazana Dlamini’s cigarette ban went up in smoke when it was ruled by the SCA on Tuesday that she could’ve treated cigarettes like funeral spoons, making the ban unlawful. Image via Unsplash

Nkosazana Dlamini’s cigarette ban went up in smoke when it was ruled by the SCA on Tuesday that she could’ve treated cigarettes like funeral spoons, making the ban unlawful. Image via Unsplash

The famous “when people zol” speech went up in smoke when the SCA ruled in favour of the British American Tobacco South Africa (BATSA) — stating that Dlamini Zuma and president Ramaphosa could’ve used the same education approach they used about the sharing of funeral spoons instead of completely banning tobacco.

THE FUNERAL SPOON APPROACH WOULD HAVE WORKED

“The government implemented widespread education and awareness campaigns to inform people about social distancing and sanitising measures to reduce the spread of the disease. For example, the minister advised the public not to share spoons at funerals. Similar measures could have been taken in relation to the use of tobacco and vaping products.”

This is the argument the SCA made when it dismissed the government’s pleas to overturn a ruling in late 2020 by the Western Cape High Court that deemed the restriction invalid.

BATSA had taken the government to court to fight against the logic of the ban. However, in March this year Dlamini Zuma, who has long faced criticism for being the face of the cigarette ban, argued that it had not only been legal but also effective in reducing the harm from Covid-19 — Business Insider reports.

CIGARETTE BAN A DIRECT LIMITATION OF RIGHTS TO DIGNITY

Although minister Dlamini Zuma further argued that her intention was not to ban the use of cigarettes, but only their sale, the SCA disputed her argument.

As a result, the cigarette ban was found to be a “direct limitation of the rights to dignity, and the right to bodily and psychological integrity” for smokers.

“They use these products for pleasure and to manage or relieve stress during their daily lives. Their inability to enjoy the daily pleasures of smoking and vaping had a negative impact on their emotional well-being and personal autonomy.”