Spirohealth is a chiropractic practice of twelve years’ standing in the Putney community that has recently seen a change of ownership and an infusion of new chiropractic thinking that has led to a rapid expansion of its patient base. SA-trained chiropractors Natalie and Stuart offer the full spectrum of services – including nutrition, massage and psychotherapy – to their many established and new clients. This means that Spirohealth can address postural problems – which rarely have simple causes – in an integrated way that encompasses diet, ergonomics and the affective dimension.

Spirohealth has long been highly visible in the Natalie Robertson[/caption]

This makes sense, since attitudes to posture are often better addressed early in life. According to Stuart and Natalie, chiropractic care is one of the most cost-effective preventative treatments available, since a small nudge in the right direction at the right time can save thousands of pounds in corrective medical procedures later – and adjusting a spine late in life doesn’t come cheap.

Screenings are free at Spirohealth, and the atmosphere is welcoming and informal. You would not immediately assume that this down-to-earth team are the only ones in Greater London who offer the sought-after US-based Advanced Biostructural Correctional approach, which addresses long-term postural issues by ‘unwinding’ the body through old injury patterns and compensation. The emphasis is on working with the body’s own self-correction mechanisms rather than overriding them, and something about it seems to be working – Spirohealth’s practice has grown 400% since Natalie and Stuart took over in October 2012.

Stuart Murray was born and raised on a farm outside Port Elizabeth. During his chiropractic studies at the Durban University of Technology (DUT) he became disillusioned with the traditional emphasis on ‘sick care’ rather than the fostering of wellness. His belief that good posture underpins a healthy nervous system and general   extends to taking his own medicine:  Mr Murray, DC has two chiropractic treatments a week as part of his journey towards better posture.

Natalie Robertson, osteomyologist, hails from Zimbabwe and also qualified as a chiropractor at DUT. As a passionate 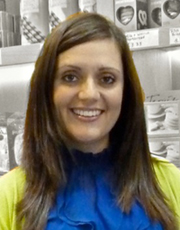