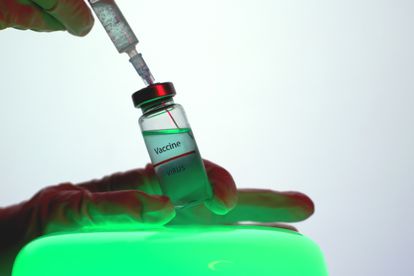 The World Health Organization on Thursday gave the green light to Chinese manufacturer CanSinoBIO’s Covid-19 vaccine — the ninth jab to get the WHO seal of approval.

The WHO granted emergency use listing (EUL) authorisation to the single-shot Convidecia vaccine as China battles a resurgence of the virus triggered by the Omicron variant.

It is the third Chinese-made vaccine to be approved by the UN’s health agency, after Sinovac and Sinopharm.

“The vaccine meets WHO standards for protection against Covid-19 and … the benefits of the vaccine far outweigh risks,”

the UN health agency said in a statement.

The WHO’s vaccine experts recommended it for people aged 18 and above.

Convidecia may be used as a booster dose following a completed primary series using any other EUL Covid-19 vaccine, said the WHO.

The jab has already been rolled out in several countries including China, Argentina, Chile, Malaysia, Mexico and Pakistan.

By the end of 2021, more than 58 million people had already been vaccinated with the jab, including nearly 14 million in China, the WHO said.

Convidecia is based on a modified human adenovirus. The AstraZeneca and Janssen vaccines are also both based on viral vector technology.

The more traditional approach uses a genetically-engineered version of the common cold adenovirus as a “vector” to shuttle genetic instructions into human cells.

Convidecia “demonstrates a favourable safety profile in people across different age groups”, eliciting strong immune responses with both binding and neutralising antibodies, said the WHO.

The EUL process studies the quality, safety and efficacy of vaccines and involves manufacturing site inspections.

The WHO says EUL approval gives countries, funders, procuring agencies and communities assurance that the vaccine has met international standards.

WHO’s listing paves the way for countries to approve and import a vaccine for distribution quickly, especially those without an international-standard regulator of their own.

It also opens the door for the jabs to enter the Covax global vaccine-sharing facility, which aims to provide equitable access to doses around the world, particularly in poorer countries.

The WHO began reviewing rolling data on the CanSinoBIO vaccine in August.

Other vaccines are also on the path towards an EUL decision, with the WHO studying rolling data on another Sinopharm jab, and vaccines from France’s Sanofi, China’s Clover and Zhifei Longcom, and Iran’s Shifa Pharmed.

The EUL process on Russia’s Sputnik V jab has stalled.

Hundreds of candidate vaccines are being worked on in laboratories around the world.

The WHO is aware of 156 that have been in clinical development — tested on humans — and 198 that are in the pre-clinical phase.