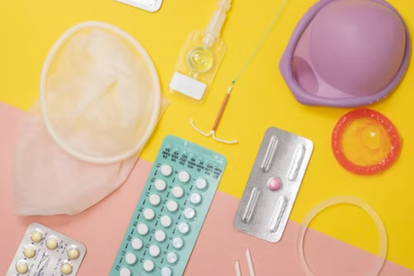 Soon men will be the ones taking birth control pills. Image via Unsplash

Soon men will be the ones taking birth control pills. Image via Unsplash

For many years, only women were subjected to birth control measures and preventing unwanted pregnancies through various contraceptive methods. The contraceptive burden placed on a woman’s shoulders may soon be lifted as scientists have developed a birth control pill for men that is 99 percent effective against pregnancies in a study where mice were the test subjects.

Birth control pills almost on the cards for men

Scientists have found a birth control pill that is 99% effective in preventing pregnancies in mice with no observed side effects.

In March this year, scientists unveiled their findings at the American Chemical Society spring meeting.

According to Md Abdullah al Noman, the scientific team gave male mice a daily dose of a molecule called YCT529 over four weeks and found that their sperm count plummeted, with no other reported side effects.

“When we went to even 100 times higher dose than the effective dose, the compound didn’t show any toxicity,” he said.

Six weeks after stopping the treatment, the mice were able to reproduce again.

ALSO READ: Future of contraceptives: Science is ready for men to start taking ‘the pill’

The successful trial means that the team will soon be moving on to human trials and if found successful, will hit the market five years from now.

In fact, over the years, no birth control treatment for males has passed human trials because many of the compounds appear to suppress testosterone levels which result in side effects like weight gain, depression, and blood clots.

“We are very excited and hopeful about this drug,” he said.