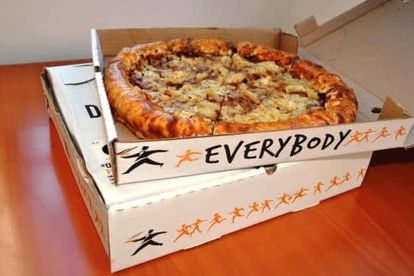 Alright, so we know you want pizza (or else you wouldnt be reading this) but you’re trying to work out what pizza you can get that won’t completely destroy your diet. Did we get that right?

If so, we’ve got you covered with the details on what you can get from Debonairs, but still keep things as calorie conscious as possible.

Yeah, we know it’s hard and don’t get us wrong, nothing you’re going to see here is technically healthy. But when it comes to Debonairs, sometimes a Crammed Crust, Sub or Tripple Decker is too good and also big enough to feed the whole family.

Read: What is the healthiest thing to eat at Steers South Africa?

Here’s how you can keep it as low-cal as possible.

What is the healthiest thing on the Debonairs menu?

The healthiest main meal at Debonairs:

You may have thought you could keep a few kilos off by settling for a mere cramed crust instead of a massive Tripple Decker. Maybe even get a full on Something Meaty? You would have thought very wrong.

The healthiest option at Debonairs out of all of their pizzas is anything from their Rustic Range. Why? The rustic one-size bases are thinner and that shaves over 1000kjs off of the calorie total.

We’ll presume you want some meat on your pizza and say the healthiest meat pizza is the Rustic Range Chic Chilli Chicken at 4275kj.

These mains are all without drinks and fries

Debonairs might have tons of Pizza, but it also has multiple delicious side options like Cheese Grillers, Wings and Pizza Popitz. Just like with the pizzas, the more dough you can avoid, the better.

If you’re looking for a pizza, side of cheese grillers and a dessert, then you know in you’re heart that you arent really on a diet. If you still want the healthiest Debonairs desert option, then you’re in luck, you have just two choices.

Take our warning here when we say rather get dessert somewhere else. The best bet here is the Donut Dippers that comes in at a whopping 3813 kj

Bear this in mind when planning your eating, folks. Adults require around 8 700kJ per day, including 70g of fat, 310g of carbohydrates and 2300mg of sodium, on average. These amounts obviously change depending on our body type, lifestyle and multiple other factors.

Also read: What is the healthiest thing to eat at KFC South Africa?

When it comes to walking into a Debonairs and trying not to pick your favourite pizza, we know it’s a tough task. We don’t envy you.